After Death Of His 8-Year-Old, Father's LinkedIn Post Goes Viral

Tech executive JR Storment said that he is struggling to redefine his relationship to work - and urged other parents not to make the same mistakes that haunt him. 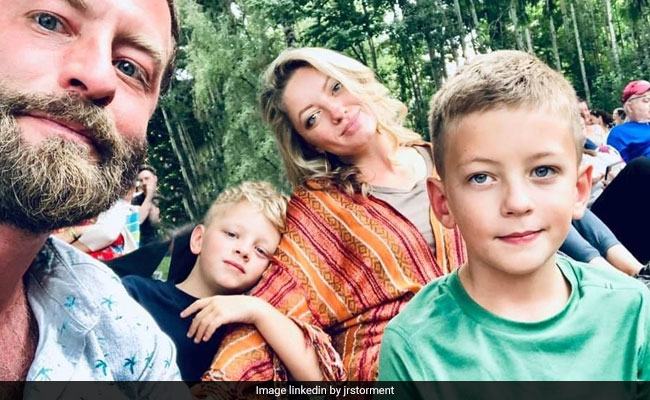 JR Storment's son Wiley, on the right, died in his sleep last month from complications with epilepsy.

In a wrenching essay, a Portland, Oregon, tech executive shared how the death of his 8-year-old son forced him to rethink how he has oriented his life around work. He urged other parents to do the same.

In a LinkedIn post that's since gone viral, J.R. Storment detailed how his days had been dominated by work since he co-founded the Portland cloud management startup Cloudability in 2011, the same month his twin boys were born. And he wrote about the regret he felt over things he wished he'd done differently with his son Wiley, who died unexpectedly in his sleep last month from complications with epilepsy.

Storment said that he is struggling to redefine his relationship to work - and urged other parents not to make the same mistakes that haunt him.

"A lot of the things you are likely spending your time on you'll regret once you no longer have the time," Storment wrote. Parents frequently schedule one-on-one meetings with coworkers, but do they schedule them with their kids? "If there's any lesson to take away from this, it's to remind others (and myself) not to miss out on the things that matter."

The post struck a chord with working parents who are trying to juggle kids and jobs in an age when technology dictates that work begins the moment you pick up your phone in the morning, and stops only when you force yourself to put it down.

"Though the story about this tragic even comes an incredibly important reminder about priorities - one that the term #worklifebalance can't even begin to describe," tweeted Jullie Strippoli, an assistant branch manager with Charles Schwab. "I strongly recommend that every working parent read J.R.'s post."

In a 2018 Ciphr study of 1,400 working parents, more than half said they felt judged by colleagues or bosses for trying to balance their home and work lives. And both parents and non parents are increasingly struggling with the threat of burnout, which comes at a significant cost: The Harvard Business Review estimated that between $125 billion and $190 billion in healthcare spending each year is tied to the physical and psychological tolls of burnout.

On the morning Storment would learn his son had died, he rose early for back-to-back meetings and left without saying goodbye, completing two work calls before arriving at the office. When the call came from his wife, Storment was in a meeting regarding paid time off with employees in his Portland office. He had just told them he hadn't taken more than a contiguous week off in eight years.

Storment hasn't worked since Wiley died, and he said he's struggling with how to return "in a way that won't leave me again with the regrets I have now."

"To be honest, I've considered not going back," Storment wrote. "But I believe in the words of Kahlil Gibran who said, 'Work is love made visible.' To me, that line is a testament to how much we gain, grow and offer through the work we do. But that work needs to have a balance that I have rarely lived."

Wiley was already planning for future business ventures, Storment wrote, including a smoothie stand, a virtual reality headset operation and a "spaceship building company." He would sometimes invite his brother and parents to join in his planning, but made it clear he would take the lead.

That made reading the words, "Occupation: Never Worked" on his son's death certificate one of the most painful moments, Storment wrote.

In the post, Storment described a happy memory that's taken on a darker tinge now: dancing with Wiley at the Oregon County Fair years earlier, while the band performed "Enjoy yourself (It's later thank you think)."

"You work and work for years and years, you're always on the go/You never take a minute off, too busy makin' dough," the lyrics read, in the lead up to the titular advice, which Storment and his wife are begging other parents to heed.

"We wish a lot of things were different, but mostly we wish we'd had more time. If you are a parent and have any capacity to spend more time with your kids, do," Jessica Brandes, Wiley's mother and Storment's wife, wrote in her own LinkedIn Post. "It is priceless and should not be squandered. Take your vacation days and sabbaticals and go be with them. You will not regret the emails you forgot to send."

(Except for the headline, this story has not been edited by NDTV staff and is published from a syndicated feed.)
Comments
LinkedInwork-life balanceepilepsy