US To Hand Over Bagram Air Base To Afghan Forces In 20 Days: Officials

Bagram Air Base is the biggest military facility used by US and has been the centre for nationwide command and air operations in Afghanistan. 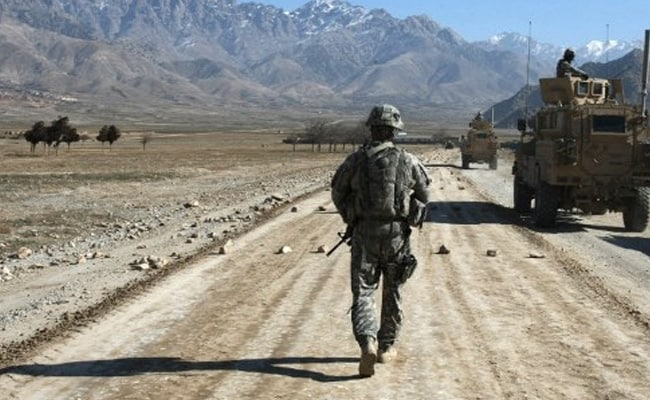 The Bagram Air Base was built by the Soviets in the 1980s. (File)

The US military will hand over its main Bagram Air Base to Afghan forces in about 20 days, an official said Tuesday, as Washington carries out its final withdrawal after nearly two decades of war.

The vast base, built by the Soviets in the 1980s, is the biggest military facility used by US and NATO forces in Afghanistan, with tens of thousands of troops stationed there during the peak of America's military involvement in the violence-wracked country.

"I can confirm we will hand over Bagram Air Base," a US defence official told AFP without specifying when the transfer would take place.

An Afghan security official said the handover was expected in about 20 days, and the defence ministry had set up special committees to manage it.

In Washington, the Pentagon indicated that the pace of the withdrawal was picking up. As of Monday, US Central Command estimated it had completed 30-44 percent of the so-called "retrograde" process.

It has shipped the equivalent of 300 loaded C-17 transport planes out of the country.

In April, President Joe Biden set a target of September to remove all the 2,500 US troops and some 16,000 civilian contractors out of the country, aiming to end the US military's two-decade-old presence.

Bagram base was the centre for nationwide command and air operations for the past two decades.

It also houses a prison that held thousands of Taliban and jihadist inmates over the years.

Washington had already handed over six military bases to Afghan forces before May 1, when it began accelerating the final withdrawal of troops.

Last month it completed the withdrawal from Kandahar Airfield in southern Afghanistan, once the second-largest foreign military base in the country.

The US withdrawal comes despite bloody clashes across the country between the Taliban and Afghan forces.

In the latest violence to rock the capital Kabul, at least 10 civilians were killed and 12 wounded in two separate blasts targeting passenger buses in the city late on Tuesday, police said.

In a separate incident, an explosion caused a power outage leaving several parts of Kabul in darkness.

Peace talks were launched in September in Qatar between the Taliban and Afghan government, but so far have failed to strike any deal to end a war that has killed tens of thousands of people over nearly two decades.

On Tuesday, a group of Afghan government negotiators reached Doha in the hope of resuming stalled talks.

"Our team is ready for serious negotiations. There is no military solution to this conflict," Najia Anwari, spokeswoman for the Ministry of Peace, told AFP, adding that no date had been fixed for resuming the talks.

Fawzia Koofi, one of four women negotiators from the government team, said on Twitter before leaving for Doha that she hoped for a "meaningful and result based negotiation this time to end the bloodshed and suffering of my people".

"We need to see more willingness and sincerity in the talks as the few months ahead of us are crucial for Afghanistan and the region."

Last month the two sides had agreed to speed up the talks, with the Taliban saying the dialogue would begin after the festival of Eid al-Fitr that ended on May 16.