Mullah Abdul Ghani Baradar has been named as deputy prime minister in a Taliban government. 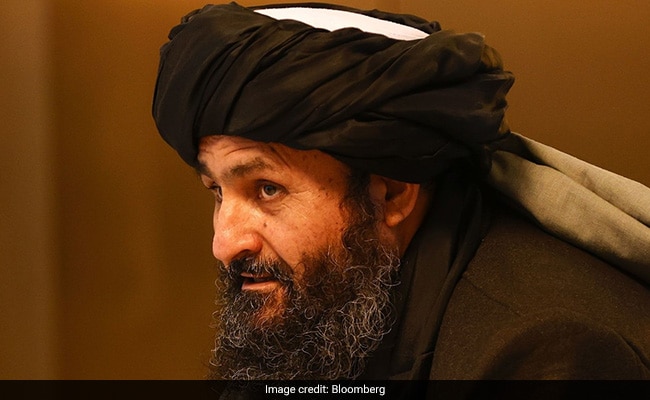 He co-founded the Taliban, helped it rebuild during two decades of war with the U.S. and then brokered a deal to get American troops out. Now, Mullah Abdul Ghani Baradar's job is about to get even harder.

Baradar, named as deputy prime minister in a Taliban government unveiled on Tuesday, is still the most well-known figure to the outside world in the new administration. Taliban supreme commander Haibatullah Akhundzada hasn't been seen in public since becoming the group's leader in 2016, and little is known about new Prime Minister Mullah Mohammad Hassan.

To get access to international aid and billions in central bank assets, Baradar will have to convince world leaders that this is a different Taliban, a more moderate version of a group infamous for banning girls from school and stoning women to death during its rule in the 1990s. U.S. President Joe Biden on Tuesday said major countries around the world were "all trying to figure out what do they do now."

All the while, Baradar will "be in the crosshairs of Taliban hard-liners who do not see any reason to change their movement's core beliefs to please the unbelievers," said Husain Haqqani, Pakistan's former ambassador in Washington.

A soft-spoken figure in his 50s with a gray beard, Baradar has proven to be an adept diplomat, helping lead negotiations with the U.S. during the Trump administration that culminated in him meeting Secretary of State Michael Pompeo to formalize the American withdrawal.

The Taliban has unveiled a new cabinet that includes the leader of a U.S.-designated terrorist organization to mark the group's return to power after 20 years of war with the U.S.

In fact, his role as a potential mediator was seen as so crucial that the Trump administration pressed Pakistan to free him in 2018 after almost a decade in jail.

"As an interlocutor, I think he remains respected," said Carter Malkasian, who sat in on several rounds of talks with Baradar while serving as a special assistant for strategy to then-Chairman of the Joint Chiefs of Staff General Joseph Dunford. "He has the ability to evoke trust."

Details of Baradar's early life are obscure. According to Interpol, he was born into an influential Pashtun tribe in a village in southern Afghanistan's Uruzgan province in 1968.

"He comes across very much as an Afghan leader from the villages, he has the same kind of gestures and behavior," said Malkasian, author of "The American War in Afghanistan: A History." "He listens to you when you talk, he's welcoming and willing to shake hands. He's not standoffish, but he's also quiet and not boisterous. It's a quiet kind of charisma."

By the time Baradar was five, Afghanistan's brief "golden age" had given way to a period of coups, assassinations and purges that culminated in the Soviet invasion of the country in 1979. As a teenager, he was drawn to the U.S.-backed Mujahideen guerrilla movement, which aimed to rid the country of Soviet influence.

During these years Baradar met the one-eyed cleric, Mullah Mohammed Omar, with whom he would later found the Taliban. The Soviet withdrawal in 1989 opened the door for the Taliban to seize power in 1996, but the group's harshness toward women, girls and Afghan minorities left it shunned diplomatically by all but three governments: Pakistan, Saudi Arabia and the United Arab Emirates.

Baradar served in roles including deputy defense minister, even as Afghanistan became a refuge for international terrorists -- most prominently Osama bin Laden, the al-Qaeda leader behind the Sept. 11 terrorist attacks.

When U.S.-backed forces advanced rapidly across the country in late 2001, Baradar and the rest of the Taliban leadership fled to Pakistan, where they became -- once again -- insurgents against an occupying power. Slowly but methodically, Baradar took the lead rebuilding the organization.

"Baradar was essentially the re-founder of the Taliban from 2002-3," said Antonio Giustozzi, author of "The Taliban at War: 2001-2018," and a senior research fellow at the Royal United Services Institute in London. "It was Baradar who changed the Taliban from a charismatic-led movement, under an autocratic leader such as Omar" to a collegial movement in which Bardar was always first among equals, he said.

Under pressure as the Obama administration began its "surge" of U.S. troops, Baradar attempted to negotiate with Afghanistan's President Hamid Karzai -- an effort that irked Pakistan's powerful intelligence agencies, which didn't see a negotiated settlement as in their interest. He was arrested in 2010.

Amar Sinha, a former Indian ambassador to Afghanistan, said Baradar's history of seeking to broker peace deals and reconciliation suggests he has "nationalist feelings" that might make the Taliban's boosters in Pakistan nervous. Such tendencies suggest Baradar is most interested in an "Afghanistan first" view of the world, which won't always coincide with what other nations want, he said.

Baradar didn't re-emerge onto the Afghan political scene until 2018, this time with the help of America. Zalmay Khalilzad, the U.S. negotiator charged with fulfilling President Donald Trump's promise to get American troops out of the country, felt that negotiations in Doha had reached a stalemate.

At America's urging, Baradar was released from prison in October 2018 and named head of the Taliban's political office in Qatar the following January. His first meeting with the U.S. brought a marked change in tone.

While maintaining the Taliban's negotiating stance, Baradar quickly established the respect of the U.S. team, according to a person familiar with the negotiations. The person, who described the closed-door talks on condition of anonymity, said Baradar recognized that he wouldn't have been sitting at the table without U.S. efforts to secure his release. For their part, the Americans felt they had a mediator who seemed more straightforward than other Taliban leaders.

Now back in political power, Baradar will need to balance the varied interests of Afghanistan's powerful neighbors and regional players, including Iran, India, China and Pakistan, the country that played both patron and captor to the exiled insurgent.

Baradar has shown himself capable of navigating complex politics, in war and peace, but the challenges this time are different, and he'll be short of time to prevent Afghanistan from falling into a deeper vortex of conflict and crisis.

For their part, the U.S. and most other countries say the Taliban-led government will be judged on its actions, not only toward women and girls, but to the tens of thousands of Afghans left behind in the rushed withdrawal last month.

"Ultimately the expectation is to see a government that makes good on the commitments that the Taliban has made," Secretary of State Antony Blinken said Friday.