Many take their chances by staying with Afghan strangers they find through the Couchsurfing network, rather than paying for a room in a hotel protected by armed guards and bullet-proof doors. 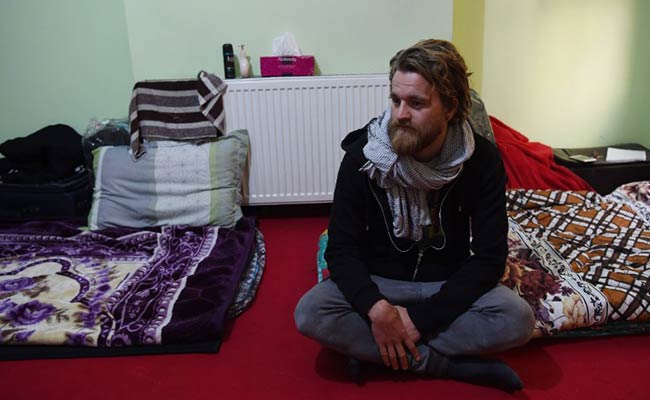 Couchsurfers only have their host's online profile and references to judge their character.

Seeking an "authentic" experience as he backpacked through war-torn Afghanistan, Dutch tourist Ciaran Barr searched the Couchsurfing website for locals to stay with. He found an astonishing number of potential hosts.

Despite the country's decaying security nearly 2,000 Afghans -- the vast majority of them men -- have signed up to host guests on the social networking platform, which connects travellers around the world with locals who are willing to put them up for free.

"You feel like you get a more authentic feel for the city so you don't get trapped in tourist hotspots," Barr, 24, tells AFP in heavily-militarised Kabul, where he spent several nights sleeping on a thin mattress on the floor of his Afghan host's bedroom.

"Not that there are any in Afghanistan," he adds wryly.

Once a popular stop on the well-worn hippy trail between Europe and South Asia in the 1970s, Afghanistan has seen the number of foreign travellers crossing its borders dwindle in the past four decades of almost non-stop conflict.

But dozens still make the dangerous journey every year, ignoring clear warnings from their own governments to stay away from a country infested with suicide attackers, kidnappers and armed robbers, and which by some estimates is now the world's deadliest conflict zone.

Many take their chances by staying with Afghan strangers they find through the Couchsurfing network, rather than paying for a room in a hotel protected by armed guards and bullet-proof doors.

"Staying with people and dressing to blend in a bit makes it possible to travel in Afghanistan with not too big of a risk," says Barr, who -- with his dark hair and beard, and dressed in the baggy pyjama-style shalwar kameez favoured by most Afghan men -- stands out less than most foreigners.

"You have to be smart"

Couchsurfing's concept is like a modern-day version of Afghanistan's tradition of hospitality, which obliges Afghans to provide food and shelter to strangers.

But it is risky. Couchsurfers only have their host's online profile and references to judge their character. 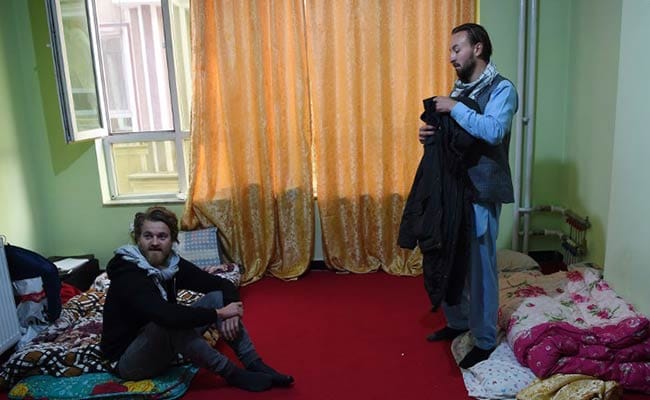 Couchsurfing's concept is like a modern-day version of Afghanistan's tradition of hospitality, which obliges Afghans to provide food and shelter to strangers.

In a country where kidnappings remain common and foreigners are highly-prized targets, they have no way of knowing if their host is connected to criminals, who may see a chance to get rich by abducting them or giving them up to militants.

"You can end up with the Taliban," says a diplomat in Kabul, who has been involved in negotiations to rescue kidnap victims.

"It's naive and reckless."

That is what happened to North American couple Caitlan Coleman and Joshua Boyle, who were kidnapped while backpacking in Afghanistan in 2012.

They were freed from the Taliban in 2017, along with their three children who were born in captivity.

But Norwegian tourist Jorn Bjorn Augestad, who has couchsurfed in Iraq and the Central African Republic, tells AFP in Kabul that government warnings exaggerate the dangers.

"They are too careful. You have to be smart about a lot of things, having contact with a local is the best way to stay safe," says Augestad, who is on a mission to visit every country in the world, including Syria, before his 30th birthday this year.

He adds: "This is part of the cultural experience, seeing how people live and hearing people's life story and getting an understanding of the country that you are in."

Barr and Augestad began their week-long Afghan odyssey in the northern city of Mazar-i-Sharif, famous for its ancient Blue Mosque and buzkashi, a savage version of polo played with a goat carcass.

The pair met through a local travel agent, who found them a taxi driver to take them more than 400 kilometres (250 miles) to the Afghan capital.

After reaching Kabul, the deadliest place in Afghanistan for civilians,  Barr and Augestad stayed with Couchsurfing host Naser Majidi, 27, who works as a technical adviser for a water utility company.

For Afghans consumed by wanderlust, hosting a foreigner is a chance to travel vicariously through their experiences, as more and more countries make it all but impossible for Afghan passport holders to obtain a visa. 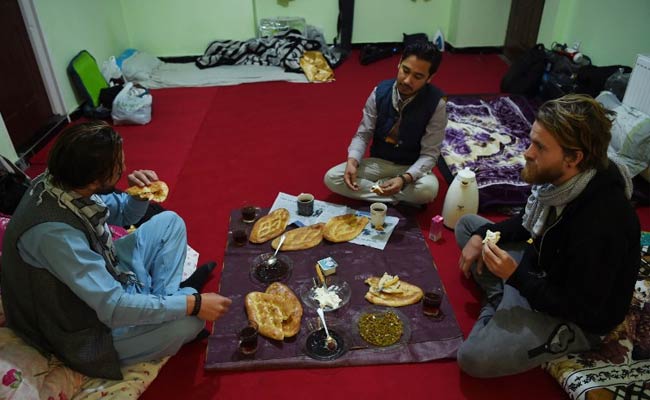 For Afghans consumed by wanderlust, hosting a foreigner is a chance to travel vicariously through their experiences.

"I can make it easier for them to see the beauty of this country," says Majidi, who has hosted six guests since signing up to Couchsurfing in 2016.

"It's a good experience for me -- I get more friends and I know the world better."

But his family worry that he is putting himself in danger.

"They have advised me many times that this is very risky for you and for them (guests)," Majidi says.

Elyas Yari, who became a host in 2017 despite the objections of loved ones, says he enjoys listening to his guests' travel "experiences and their ideas".

"It's fun for me," says Yari, 19, who has received visitors from Canada, Russia, Mexico and Taiwan.

Afghanistan is "not as dangerous as it looks", he says.

But Barr and Augestad are not oblivious to the potential pitfalls of travelling independently in Afghanistan where the Taliban and the Islamic State group terrorise much of the country.

"Things can go well nine out of 10 times," says Barr, adding: "It just takes that one time when things go wrong and so far nothing has gone wrong.

He concedes: "We also have been lucky."