To avoid travelling by air, Greta Thunberg will cross to New York for a climate summit on board a 60-ft racing yacht, the Malizia II, fitted with solar panels and underwater turbines that produce electricity onboard, with the aim of making the journey zero-carbon. 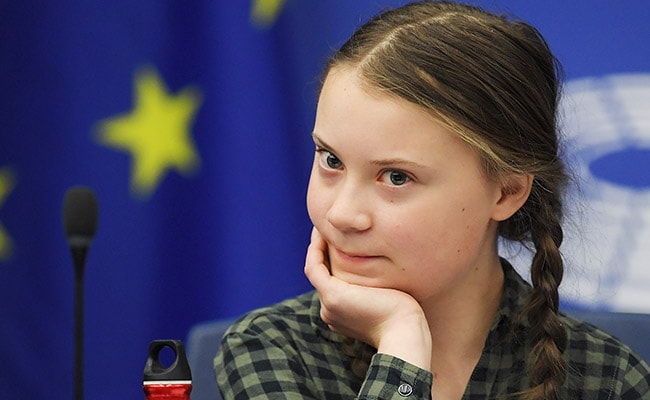 Greta Thunberg will be accompanied by her father, Svante, and a cameraman for the trans-Atlantic trip

Swedish teenage climate activist Greta Thunberg will face an uncomfortable and challenging trip when she crosses the Atlantic in a racing boat, the skipper of the yacht that will take her from Britain to the United States said on Thursday.

To avoid travelling by air, Thunberg will cross to New York for a climate summit on board a 60-ft racing yacht, the Malizia II, fitted with solar panels and underwater turbines that produce electricity onboard, with the aim of making the journey zero-carbon.

Once there, the 16-year-old, who has inspired young protesters around the world with her warnings about global warming, plans to join large-scale climate demonstrations and speak at a United Nations climate action summit on Sept. 23.

"This trip will be massively challenging for Greta and for all of us," said Boris Herrmann, the German skipper from the sailing team Malizia.

"Greta taking on this challenge of sailing across on a race boat with zero comfort really shows her commitment to the cause and how far she's willing to push herself," he told Reuters in Cowes, on the Isle of Wight off the English south coast.

Herrmann first saw Thunberg at a demonstration by thousands of schoolchildren in Hamburg in March where she was speaking. His girlfriend, a teacher, had told him then that if the teenager needed to travel somewhere she could not get to by train, he should take her by boat.

He later met her in Paris and said he was very impressed by her, saying she had a "special aura".

Thunberg will be accompanied by her father, Svante, and a cameraman for the trans-Atlantic trip which will take about two weeks. As a racing yacht, the boat is not designed for luxury travel but is instead stripped out to be as light as possible.

Herrmann said they would try to map a route to avoid the roughest weather.

"We can make our route a bit longer to sail around strong winds. That's not always possible so we have discussed this, she's trying to mentally prepare for that and then we have to see how it goes," he added.

"She has to decide how quick she wants to go and if she wants to change the route to find more comfort or ultimately turn around if it's turning out to be too stressful."

His yacht is about to take part in the Fastnet race which begins in Cowes on Saturday and he said the timing of Thunberg's trip was lucky as it meant they did not need to cancel any races. The exact departure date has yet to be fixed.