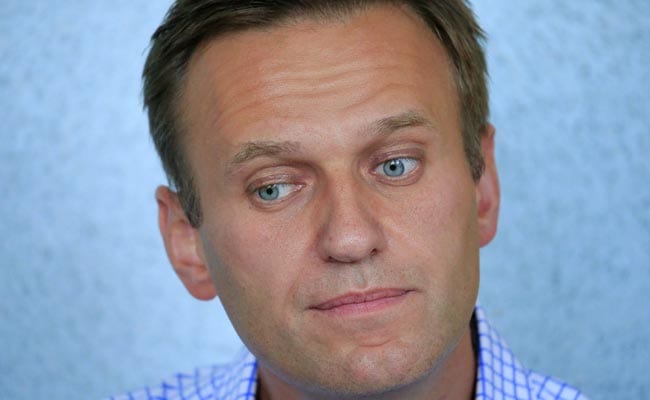 The Kremlin on Monday denounced "absurd" attempts to blame Russia for the alleged poisoning of opposition figure Alexei Navalny, as Europe considers whether to impose sanctions.

Navalny, a 44-year-old anti-corruption campaigner and one of President Vladimir Putin's fiercest critics, fell ill on a domestic flight last month and was treated in a Siberian hospital before being evacuated to Berlin.

Germany said last week there was "unequivocal evidence" that Navalny had been poisoned with Novichok, the same substance used in the 2018 attack on a former Russian double agent and his daughter in the English city of Salisbury.

Navalny's associates say the use of Novichok, a military-grade nerve agent, shows that only the Russian state could be responsible, but the Kremlin fiercely denies any involvement.

Russian officials have accused Germany of being slow to share the findings of its investigation despite a request from prosecutors.

"We expect information (from Germany) to be provided in the coming days," Peskov said. "We are looking forward to it."

German Foreign Minister Heiko Maas said Sunday that Berlin, which holds the rotating EU presidency, will discuss possible sanctions against Russia if the Kremlin does not soon provide an explanation for what happened to Navalny.

Otherwise, Germany will be compelled to "discuss a response with our allies" including "targeted" sanctions, Maas said.

He did not rule out action relating to Nord Stream 2, a multi-billion-euro Russian-German gas pipeline nearing completion.

German Chancellor Angela Merkel's spokesman said Monday that she also would not rule out consequences for Nord Stream 2.

It has long been in the crosshairs of the United States, which has criticised European countries for their reliance on energy from Russia.

Western leaders have expressed horror at what Navalny's allies say is the first known use of chemical weapons against a high-profile opposition leader on Russian soil.

British Foreign Secretary Dominic Raab said Sunday that Russia had "a very serious set of questions to answer" and it was "clear" the Kremlin critic was poisoned with Novichok.

The Navalny poisoning is the latest in a long series of assassination attempts against Kremlin critics.

Already suffering from wide-ranging Western sanctions imposed over its 2014 annexation of Crimea, as well as the effects of the coronavirus pandemic and the drop in oil prices, Moscow is anxious to avoid any further pressure on its economy.

Navalny fell ill after boarding a plane in Siberia last month, with aides saying they suspect he drank a cup of spiked tea at the airport.

He was initially treated at a local hospital, where doctors said they were unable to find any toxic substances in his blood, before he was flown to Berlin for specialised treatment on August 22.

The charismatic Yale-educated lawyer is still in the intensive care unit and remains on a ventilator.