A Woman Was Angry Her Houseguests Wouldn't Leave - So She Started Shooting At Them, Police Say 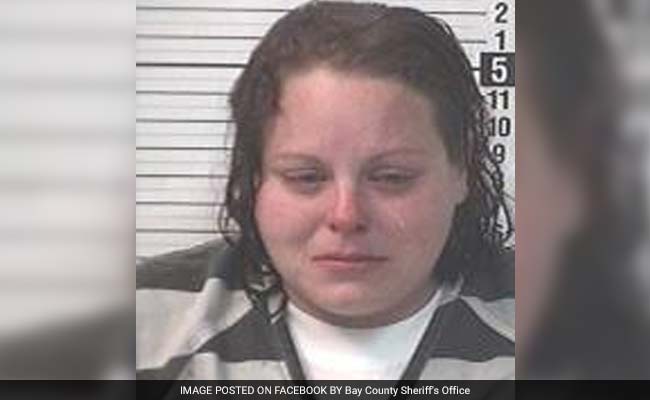 Alana Annette Savell was arrested about two hours later and taken to the Bay County Jail.

A Florida woman who grew increasingly frustrated because her houseguests wouldn't leave is under arrest after she shot one of them, the Bay County Sheriff's Office said.

Alana Annette Savell, 32, was charged with aggravated battery with a firearm early Monday after she shot at two people, striking one, at her home in Panama City, Florida, about 100 miles southwest of Tallahassee.

According to the sheriff's office, a man and a woman had gone to Savell's house around 1 a.m. Monday to "hang out" and drink alcohol. After a while, Savell said she told her guests multiple times to leave, but they did not listen.

Savell then retrieved a .22-caliber handgun and began shooting at the feet of her guests, according to an affidavit.

Her boyfriend, identified only as Ben, told police later that it was something he had advised Savell to do.

"[Ben] states that he has told the defendant that once they tell people to leave 3 times she is to go get the gun and shoot it at the ground," the affidavit read. "Then she is to start shooting people in the leg."

After firing the gun at the ground, Savell continued shooting as the man and woman left, striking the woman twice in the leg. Savell later acknowledged to authorities that there was a phone in the house and she could have simply called 911 to make the guests leave.

"The defendant stated that she knew she was wrong for shotting [sic] at the victim and Gary, but stated when she started shooting she could not stop," the affidavit read.

Savell's boyfriend was also struck with a round in the leg during the incident, the sheriff's office said. After the guests left, Savell put the handgun into a garbage can next to the house.

"She stated she knew she was in trouble and did not know what to do with it," the affidavit read. "She stated after placing it in the trash can someone removed it and took it somewhere else."

Sheriff's deputies were called around 2 a.m. to a hospital, where the female gunshot victim was receiving treatment.

Savell was arrested about two hours later and taken to the Bay County Jail, where she is being held on a $100,000 bond.