Russia has seen 8 deadly crashes since 2000. 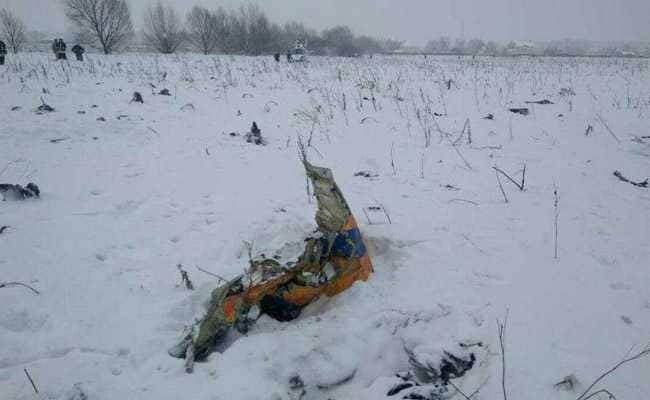 Moscow, Russia: The crash of a Russian passenger jet carrying 71 people outside Moscow on Sunday is the latest in a number of recent deadly Russian air disasters.

2016
December 25: 92 people die when a Russian military plane crashes into the Black Sea shortly after taking off from Sochi International Airport. Among the victims are 64 members of the official choir of the Russian Armed Forces.

March 19: A Boeing 737 operated by low-cost airline FlyDubai crashes as it reportedly tries to land for a second time in bad weather in the southern Russian city of Rostov-on-Don, killing all 55 passengers and seven crew on board.

2013
November 17: A Boeing 737 owned by Russian company Tatarstan crashes at Kazan airport while travelling from Moscow, killing 50 passengers and crew.

2010
April 10: All 96 people aboard a Tupolev-154 Polish air force plane carrying Poland's president and other top Polish officials die in a crash near Smolensk, Russia.

The group had been en route to attend an event commemorating the 70th anniversary of a massacre of Polish nationals in 1940, which took place not far from Smolensk.

The cause of the crash is put down to bad weather and errors by the Polish pilot and Russian air controllers.

2008
September 14: Eighty-eight people are killed when a Aeroflot Boeing-737 crashes on approach to Perm International Airport near the Ural Mountains.

2006
July 9: 125 people die when an Airbus operated by a Siberian company veers off the runway while landing in Irkutsk, hitting a wall and catching fire. More than 70 people survive.

May 3: All 113 people on board an Airbus 320 operated by Armenian company Armavia flying from Yerevan to Sochi in southern Russia die when the craft comes down in the Black Sea on its landing approach.

2001
July 4: All 145 passengers and crew on a Siberian Tupolev 154 flying from Yekaterinburg in the Ural Mountains to Vladivostok die when the craft crashes before landing for refuelling in Irkutsk. Pilot error is blamed.

(This story has not been edited by NDTV staff and is auto-generated from a syndicated feed.)
Comments
RussiaRussia crashes