A Newborn Was Snatched From A Florida Hospital. She Was Just Found Safe - At Age 18. 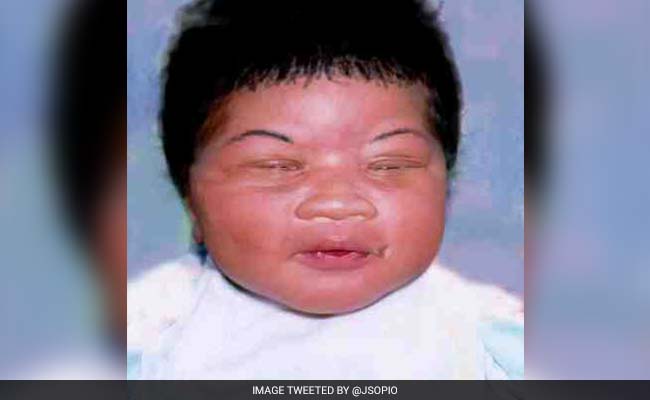 A 16-year-old had given birth to Kamiyah Mobley hours before an impostor nurse snatched her.

The abduction of Kamiyah Mobley from a Florida newborn ward was so shocking that police stopped every train out of Jacksonville and searched each one, row by row, in 1998.

It was so sudden - a 16-year-old gave birth to Kamiyah eight hours before an impostor nurse snatched her - that missing posters had to use an artist's conception of the baby.

Those posters were plastered all over Jacksonville in the first year of her disappearance.

And the next year.

And the next, and the next - despite a $250,000 reward for Kamiyah's recovery, at least three appearances on "America's Most Wanted" and a search across multiple countries.

Today, 18 years after the disappearance, the girl has been found.

"It's a case like we have not seen in this country in a long time," Jacksonville Sheriff Mike Williams told reporters Friday - the morning after DNA tests confirmed that an 18-year-old in Walterboro, S.C., had been living with her accused kidnapper under a different name.

Gloria Williams, 51, was arrested on charges of kidnapping and interference with custody.

Mobley had thought she was her mother, the sheriff said.

"She's taking it as well as you could imagine," Williams said. "She has a lot to process. I can't even begin to comprehend it."

"Shanara Mobley spends part of every birthday of her firstborn cutting a piece of sheet cake, putting it on a paper plate, wrapping it in aluminum foil and sticking it in the freezer of her Jacksonville home," the Florida Times-Union wrote July 10, 2008 - the 10th anniversary of the child's abduction.

"Kamiyah Mobley has never been around to take a bite."

Shanara Mobley was 16 when she handed her newborn to a woman in scrubs and a smock, who claimed to be a nurse and said Kamiyah needed to be checked for a fever.

Police said the impostor had been roaming the hospital for 14 hours, asking about the Mobley baby.

The child's grandmother called police minutes after the supposed nurse disappeared with the baby. Authorities sealed the hospital, stopped every visitor, halted buses and trains and put airport police on alert for a baby - all to no avail.

The search would grip the attention of Florida and much of the nation.

"Investigators have traveled as far as Puerto Rico, Seattle and Nova Scotia checking leads," the Associated Press reported after the baby had been gone a year. "They've taken footprints from 15 babies and have done DNA testing on two others. None matched."

"We can't give up hope," a case manager for the National Center for Missing and Exploited Children told the wire service.

The child's family sued the hospital, later settling in a case that prompted hospitals across central Florida to tighten security for newborns, the Orlando Sentinel reported in 2000.

It wasn't until 2016, Williams said, that tips led authorities from Florida to South Carolina, where they found a young woman with Kamiyah's birth date but a different name.

Investigators realized that the teen's identification papers were fake, Williams said, and called in other agencies for help.

Kamiyah "had an inkling, beginning probably a couple months ago, that she may have been involved in this in some way," Williams said.

Only this week, he said, did she learn who she was - and what the woman she called mother is accused of doing.

To protect her privacy, authorities won't release Kamiyah Mobley's other name. They met with her biological family this morning to give them the news.

Craig Aiken was in jail during his daughter's birth and abduction. He served an eight-month sentence for impregnating Shanara Mobley when she was 15 and he was an adult, according to the Florida Times-Union.

"I wonder what she would look like," he told the paper from lockup in 1999.

Meanwhile, the bereaved teenage mother worked babysitting jobs between conversations with detectives - her dreams alternating between nightmares and visions of Kamiyah's return, she told the Times-Union.

Kamiyah Mobley met her mother, father and paternal grandmother though FaceTime on Friday, according to the New York Daily News.

She "doesn't act like we're brand-new people," said Velma Aiken, 66. "She acts like she's been talking to us for a long time."

(This story has not been edited by NDTV staff and is auto-generated from a syndicated feed.)
Comments
Kamiyah MobleyKamiyah Mobley abductionnew born kidnapped