For years, farmers Clint and Angie Masse would ring in the fall harvest by building a corn maze on their property just outside of the small town of St Adolphe, a short drive from Winnipeg, Manitoba. 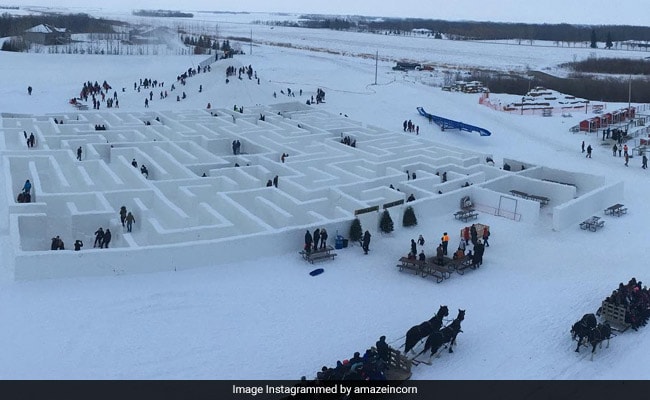 Building the maze required weeks of planning, tens of thousands of dollars and 370 truckloads of snow.

A-maze-ing: a snow labyrinth in the frigid, windswept prairies of Western Canada has broken the record for the world's biggest.

For years, farmers Clint and Angie Masse would ring in the fall harvest by building a corn maze on their property just outside of the small town of St Adolphe, a short drive from Winnipeg, Manitoba.

With a long, cold winter in the Canadian forecast, they decided late last year to try to extend the experience of finding one's way through the network of paths and hedges by several months. 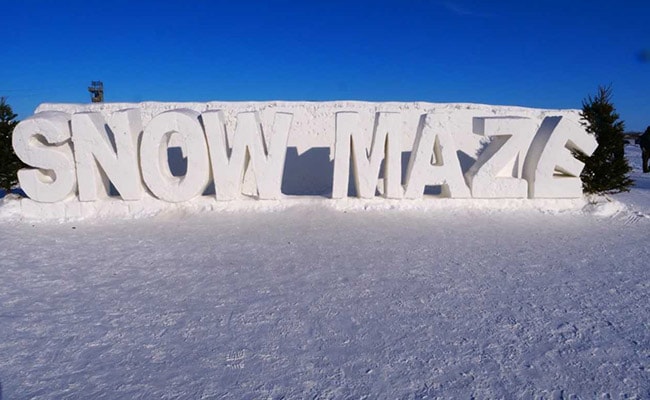 And despite temperatures plunging to a low of -40 degrees Celsius (-40 Fahrenheit) in January, people kept coming in droves.

But it was no easy feat, Clint Masse told AFP. He said building the maze required weeks of planning, tens of thousands of dollars and 370 truckloads of snow to supplement the relatively thin powder on their fields.

"Making snow is really expensive," he said, pointing to the cost of renting generators, tractors and other equipment, fuel and weeks of labor.

There were design challenges too.

"You're not designing a path, what you are is designing walls and every wall has a double duty: it's got a path on this side and a path on that side," Masse said. 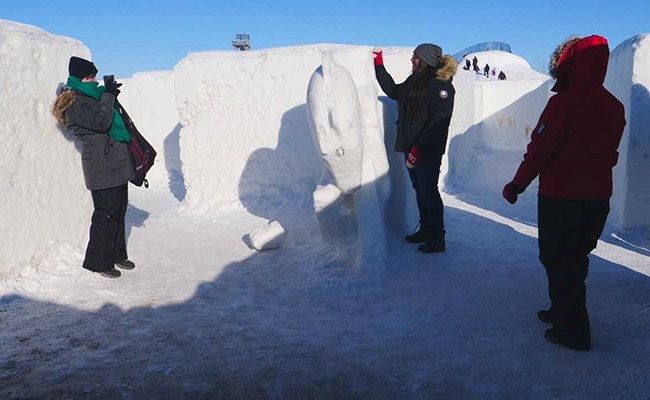 People take pictures near a statue carved out of snow and located within the world's largest snow maze. (AFP)

"I wanna say it took me a better part of a week. The corn maze I think I could do in a day and a half so it's a lot of more work to design."

Inside the labyrinth, visitors walk between walls of snow that are 1.8 meters (six feet) high, and atop a layer of snow packed tightly to prevent it from melting too soon into slush under the pedestrian traffic.

They are greeted by ice sculptures around several corners, and benches have been set up around campfires burning in five nooks to allow visitors to warm up before continuing on and trying to solve the puzzle.

The fire pits also act as markers, which first-timers Jillian Crooks and Cassidy Wegner said were indispensable for finding their way.

"It was fun," Crooks said. "We just kept turning every which way. It took us a while. We didn't time it, we should have. Maybe like half an hour? Yep!"

That bested the posted average of 30-45 minutes.

If cold temperatures hold, the labyrinth could stay open for a few more weeks, by which time Clint Masse said he hopes to have had more than 10,000 visitors and turn a small profit.

Major Banks And Airlines In Australia, US Report Online Outages