Advocates say the case in Fairfax County highlights a problem that has gotten relatively less attention in the #MeToo era: the sexual assault of the intellectually disabled. 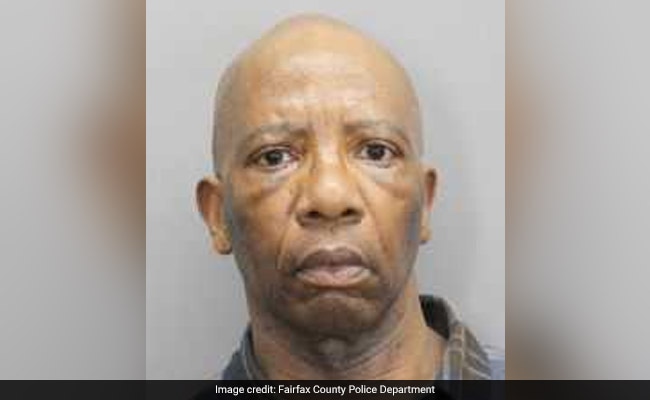 Bernard Betts-King, a behavioral specialist at MVLE, was charged with sexually assaulting both women.

The mission of the center in Fairfax County is to "employ and support" people with disabilities, but a prosecutor said a worker sexually assaulted a 29-year-old woman with Down syndrome in its offices.

Police began an investigation in October 2017 after a doctor made a disturbing discovery: The woman was five months pregnant, authorities said. She later gave birth.

The pattern played out again nearly a year later. Police say another client at the MVLE Community Center, a 33-year-old woman with intellectual disabilities, was raped. The case was reported to police in August 2018 after her doctor discovered she was pregnant. She also gave birth.

Last month, Bernard Betts-King, 60, a behavioral specialist at MVLE, was charged with sexually assaulting both women. DNA tests showed he was likely the father of the second woman's child, court papers say. DNA results are pending in the other case.

Betts-King was held without bond last week after a Fairfax County prosecutor outlined some of the allegations at a Wednesday hearing. Betts-King's attorney said his client denies the allegations.

Advocates say the case underscores a problem that has received less attention in the #MeToo era: the sex assault of the intellectually disabled.

Numbers produced by the federal Bureau of Justice Statistics for an NPR investigation last year found those with intellectual disabilities are sexually assaulted at seven times the rate of people without disabilities.

"It's an epidemic that most are unaware of," said Leigh Ann Davis, director of criminal justice initiatives at the disability rights group the Arc.

The Fairfax County cases come as another in Phoenix has grabbed national attention. A woman with intellectual disabilities who was in a vegetative state gave birth to a child in December. A nurse at the health-care facility where the woman was staying was charged in January with her sexual assault.

MVLE, in Springfield, Virginia, is privately run but contracts with Fairfax County to provide services. It served about 300 clients last year.

Medical records show the 29-year-old woman in Fairfax County became pregnant between May 26, 2017, and May 30, 2017, according to a search warrant filed in Fairfax County court. During that period, the woman was enrolled in a daily work program on the MVLE campus, and a support staff member was overseeing her. The search warrant does not say whether that was Betts-King.

Fairfax County prosecutor George Freeman IV told a judge at the bond hearing Wednesday that the woman has the "mind of a 5-year-old." Freeman said Betts-King told detectives after his arrest he engaged in consensual sex with the woman once in MVLE's offices and told her it had to be quick, so a supervisor didn't find them.

"He said she came on to him," Freeman told the judge.

Under Virginia law, a person with a significant intellectual disability is deemed incapable of consenting to sex.

The woman, who is of Korean descent, gave birth to a girl in February 2018, according to the search warrant. Detectives wrote in the court document that the child appeared to be biracial, having darker skin and curly black hair. Prosecutors said Betts-King is an immigrant from Sierra Leone who holds a green card.

The search warrant states detectives conducted an interview with the woman in October 2018, roughly a year after the crime was reported to police. When asked who sexually assaulted her, the woman's most common answer was "I don't know."

The woman's mother, who was interviewed afterward, told police the only program her daughter attended was MVLE and she was in her custody when not at MVLE, according to a search warrant. The woman took a bus to the program.

When asked why the woman was only interviewed a year after the alleged crime was reported, Fairfax County police chief Edwin Roessler Jr. said it was the culmination of a year of probing the allegations. He said police conducted the investigation in a proper fashion.

A Fairfax County police spokeswoman said detectives were not able to identify Betts-King as a suspect initially because they could not narrow down the field of potential perpetrators for DNA testing since the first woman could not identify her attacker.

"Very simply, our first victim had intellectual disabilities and was not capable of explaining what happened to her," Lisa Connors, a spokeswoman for the department, said in an email.

The investigation of the second case began in August 2018. The second woman told detectives a "Bernard" in "behavioral" had sexually assaulted her, and "I told him I didn't want to be touched," according to a search warrant.

Betts-King denied assaulting the woman in an interview with detectives but consented to a DNA test, according to a search warrant. The second woman's baby was born in November 2018.

The results of the DNA test were returned early in February, showing there was a 99 percent probability Betts-King was the father of the child, a search warrant shows. He was soon arrested and charged with two counts of rape.

Abu Kalokoh, Betts-King's attorney, said his client had a good reputation in the community and denies the charges. He said Betts-King had worked for 15 years at MVLE and for 22 years at Fairfax County's Community Living Alternatives, another program that assists the disabled. Kalokoh said Betts-King has no felony convictions and passed background checks at MVLE.

"They are allegations," Kalokoh said of the charges. "I'm not going to get into facts while the case is still pending."

It is unclear what kind of oversight Betts-King was subject to at MVLE. MVLE officials released a statement saying Betts-King had been fired and they were taking the situation "seriously" but did not respond to additional questions from The Washington Post.

"We are fully cooperating with the authorities, and because this is an ongoing investigation, we are not able to give any further comments at this time," executive vice president Kenan Aden said in the statement.

Betts-King was also employed at the Virginia program of St. John's Community Services from 2000 to 2006, according to officials there. Betts-King worked directly with the intellectually disabled in day and residential programs. St. John's officials said they had no record of any complaints about Betts-King.

This fiscal year, MVLE has a contract worth up to $1.9 million with Fairfax County to provide day support and employment services for the intellectually disabled. Daryl Washington, the executive director of the Fairfax-Falls Church Community Services Board, said that MVLE has been a county contractor for decades and that the board had not received complaints about it or Betts-King.

"These are deeply disturbing allegations involving vulnerable individuals; our thoughts, prayers, and support are with the victims and their families," Washington said in an email.

The Virginia Department of Behavioral Health and Developmental Services (DBHDS) regulates MVLE. DBHDS inspection and investigation reports for recent years did not document major problems with the service provider, but the department is looking at Betts-King's case.

"DBHDS is aware of the sexual assaults at MVLE, and we are conducting an investigation while cooperating with law enforcement," Maria Reppas, a spokeswoman for DBHDS, wrote in an email.

Reppas said part of the investigation will determine if proper background checks were performed on Betts-King. Virginia law requires service providers for those with intellectual disabilities to obtain criminal background checks and checks of a registry of child abuse and neglect.

Advocates for the disabled said prosecuting sexual assaults against those with intellectual disabilities can be challenging. The disabled sometimes lack communication skills, and law enforcement officials often don't have the training to effectively speak with them. Sometimes, the credibility of the intellectually disabled is challenged because of their disability.

"What's concerning is how easy it was for this person to revictimize," Davis said of the allegations in the Betts-King case.

Bernard Betts-KingMentally Raped Women In US