Two police officers, two soldiers and two civilians were taken captive by the indigenous people on Thursday in the village of Kumay near the Peruvian border. 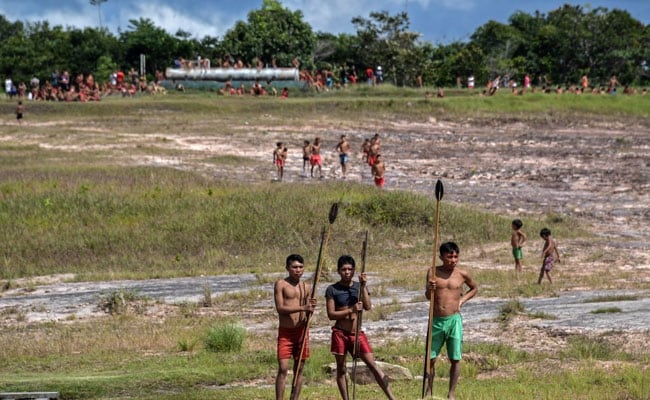 Amazonian tribe members in Ecuador released six people they had kidnapped to demand the release of the body of a leader killed by the coronavirus, the government said on Saturday.

Two police officers, two soldiers and two civilians were taken captive by the indigenous people on Thursday in the village of Kumay near the Peruvian border.

Their tribal leader who died from COVID-19 was buried according to health guidelines but the body was later exhumed and returned to the people.

Interior Minister Maria Paula Romo said on Twitter that the "liberated citizens" had undergone medical examinations after their ordeal in Pastaza province in the Amazon jungle in southeast Ecuador.

"The crowd of those who were holding the kidnapped was approximately 600 people," Romo said, adding the negotiations to free the captives were led by police commander General Patricio Carrillo.

Police said on Twitter that a special team on Saturday carried out an "exhumation and identification process" of the body of the leader, which was transported by authorities to Kumay.

Ecuador is one of the Latin American countries hardest-hit by the pandemic with over 61,000 cases, including around 4,800 deaths.