Authorities say she could not provide documentation for the 6-day-old infant. 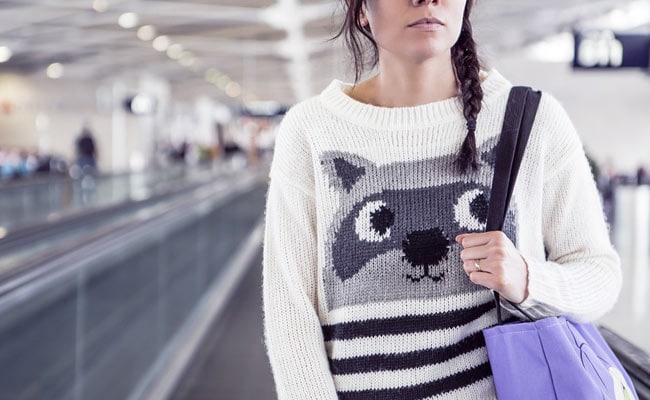 The authorities said the baby was discovered in an "oversized belt bag". (Representational)

Air passengers attempt to hide some unusual items in their luggage, from snakes stashed in hard drives to "Dark Knight"-themed batarangs. But security officials at the Ninoy Aquino International Airport in Manila discovered a real surprise in an American woman's carry-on Wednesday morning: a 6-day-old infant, whom authorities say she was trying to fly out of the country without the proper documentation.

The child was found at the airport around 6:20 a.m. as Jennifer Talbot, 43, tried to leave the country, Philippines Bureau of Immigration spokesman Melvin Mabulac told The Washington Post. He said the baby was discovered in an "oversized belt bag" and that Talbot had not presented the baby for declaration to immigration officials.

Security images released to CNN showed a woman in blue jeans and a dark jacket standing in line at security with a bag slung over her shoulder and then sitting in the airport after she'd been detained.

According to CNN Philippines, Talbot claimed she was related to the baby but had no documentation to prove it. The child did not have identification, and its nationality was not immediately known. The country requires an application, travel documents and written consent from a parent or legal guardian for Filipino minors to travel to a foreign country with another person.

The woman was turned over to the National Bureau of Investigation, and the Department of Justice will determine any criminal liability, Mabulac said. He said he was prohibited from releasing the child's identity.

According to CNN, Immigration Port Operations Division chief Grifton Medina said the baby is in the care of the Social Welfare Department.

Airport general manager Ed Monreal said this was the first such incident in recent memory involving a child. In the past year, Philippine authorities have seized or found drugs, endangered wildlife, and other contraband at the airport. In 2015, a Papua New Guinea national reportedly tried to smuggle her 2-month-old son out of Manila in a backpack.

(Except for the headline, this story has not been edited by NDTV staff and is published from a syndicated feed.)
Comments
Ninoy Aquino International AirportPhilippines Bureau of Immigration