Lombok has been rocked by a series of quakes and aftershocks since July 29, including a 6.9-magnitude tremor on August 5. 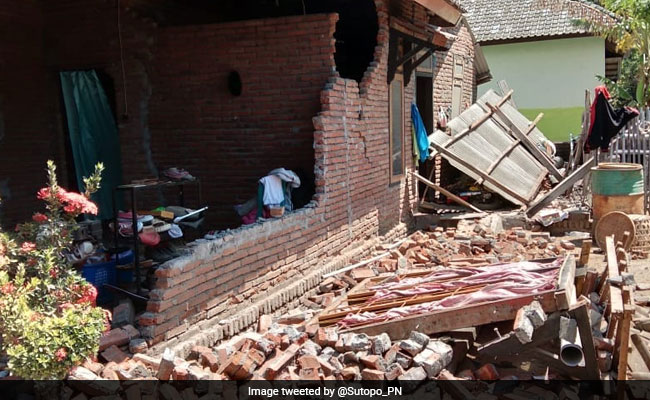 Lombok suffered damage more than $342 million from the August 5 earthquake.

A fresh tremor of 6.3 magnitude struck the Indonesian holiday island of Lombok, the US Geological Survey said today, after an earthquake killed more than 430 people there earlier this month.

USGS estimated the depth of the latest tremor at 7.9 km (4.9 miles) and said the epicentre was on the north-eastern shoulder of the island at the foot of Mount Rinjani. There was no tsunami warning, and authorities were still awaiting word on casualties.

Lombok, which lies just east of Bali, the southeast Asian country's most famous tourist destination, has been rocked by a series of quakes and aftershocks since July 29, including a 6.9-magnitude tremor on August 5.

The latest tremor sent shudders through residents. "It was very strong. All the lights went out," Asmaatul Husna told Reuters at a shopping mall where she works in Lombok's main town, Mataram.

Disaster mitigation agency spokesman Sutopo Purwo Nugroho said there were no reports so far of casualties or damage. "We are still monitoring," he told TVOne television.

He said that activity on the island was normal and Mount Rinjani, where hundreds of trekkers were stranded after the July 29 quake, was closed and there were no tourists there.

More than 350,000 people fled their homes after that quake to shelter in government-provided tents or makeshift structures in open fields. Authorities said aid was slow getting to some of the hardest-hit areas as they are remote.