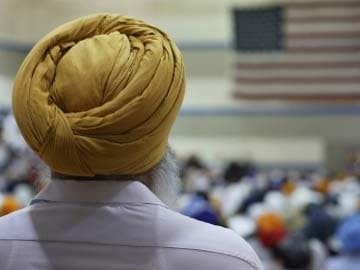 New York: A 55-year-old man has been charged with hate crime for calling a Sikh man "Osama" and intentionally hitting him with pick-up truck and dragging his body along and faces up to 25 years in prison if convicted.

Caleca had attacked 29-year-old Sandeep Singh, who was seriously injured when he was hit by the pick-up truck and dragged nearly 30 feet on a public street in Queens following an argument on July 30.

Caleca is "accused of an unprovoked attack that allegedly began with the defendant driving by the victim and his friends and yelling out a vile anti-Muslim insult. After an exchange of words, the defendant allegedly struck the victim intentionally with his vehicle and dragged his body along the street," Brown said in a statement.

According to the charges, Singh and three of his friends were standing on the road when the pick-up being driven by Caleca approached the group.

Caleca used abusive language against Singh, calling him "Osama. Go back to your country."

Caleca then parked his truck and got out to confront Singh and his friends.

After an exchange of words, Caleca returned to his vehicle and drove head-on into Singh, causing his body to be caught on the vehicle's undercarriage.

Caleca allegedly dragged Singh along the street until his body dislodged from the vehicle and then fled the scene.

Singh was taken to a local Queens hospital where he received treatment for his injuries, which included surgery for internal bleeding and several staples to his mid-section.

Just days after the attack on Singh, another Sikh man Jaspreet Singh Batra, a medical scientist, and his mother were attacked by a group of teenagers who called him 'Osama Bin Laden' in an apparent hate crime, sparking outrage among the community which demanded that violence against Sikhs must end.

Rights group Sikh Coalition has called on the city government and police leaders to enact policy reforms to address violence and discrimination against minority communities in New York City.

Sikh Coalition has called on government officials to create a task force to systematically address hate violence and discrimination against all communities in New York City.