51 per cent of Pakistanis sad over Osama's death: survey 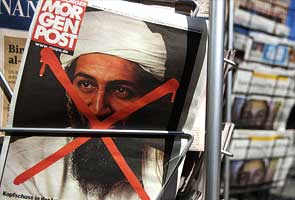 Islamabad: A majority of Pakistanis surveyed in a poll appeared to be aggrieved over the death of Osama bin Laden, with 51 per cent describing their emotions as "grief". However, one-third said they were unconcerned by the incident.

The nation-wide poll was conducted by Gallup Pakistan between May 7 and May10, less than a week after bin Laden was killed in a raid by US special forces in the garrison city of Abbottabad on May 2.

Only 11 per cent of respondents said they were glad or relieved to know about the death of the Al Qaeda leader.

Forty-nine per cent considered the raid against bin Laden an activity which was staged by the Americans.

Only 26 per cent believed the story being told is true and 25 per cent were unsure.

A majority said they believed Pakistani authorities acted in connivance with American forces to conduct the operation.

The belief about connivance is slightly higher for the civilian government (57 per cent) than for the army (48 per cent).

Only 30 per cent said they believed that having eliminated bin Laden, the US forces will withdraw from
Afghanistan.

A larger number (51 per cent) believed the US will continue to engage in the war in Afghanistan. Most Pakistanis feared that terrorist acts in their country might rise (42 per cent) or remain as they are (34 per cent).

Only a few (14 per cent) were hopeful that terrorism might decline after bin Laden's removal from the scene.

Promoted
Listen to the latest songs, only on JioSaavn.com
More than two-third (68 per cent) believed the country's sovereignty was severely compromised by the US operation while 28 per cent disagreed.

The study was released by Gilani Foundation and carried out by Gallup Pakistan, the Pakistani affiliate of Gallup International. The poll covered 2,530 men and women in the rural and urban areas.