50 Dead In Hurricane Dorian, 90 Per Cent Infrastructure Damaged In Bhamas

An estimated 5,000 people had been evacuated by the Bahamas, the WFP said, citing data provided by the government. 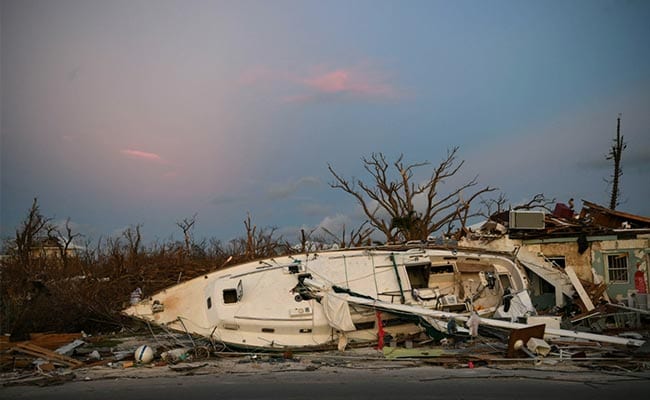 Bahamas authorities have updated the death toll from Hurricane Dorian to 50 with the number expected to climb, local media reported, as thousands are evacuated from the archipelago's hardest-hit islands.

Police Commissioner Anthony Ferguson said 42 deceased persons on the island of Abaco and eight on Grand Bahama had been recovered as of Sunday, in an article published in The Nassau Guardian.

"We anticipate the discovery of more deceased persons, as the process of search and recovery progresses," he said.

The news comes as the UN's International Organization for Migration (IOM) reported "particularly startling" devastation in places like Marsh Harbour in the Abacos, particularly in its shantytowns.

"Communities such as The Mudd and Pigeon Pea, where 70 percent of informal housing in Abaco existed, and where an overwhelming majority of Haitian migrants resided, has been decimated," it said in a statement.

"The Mudd is gone," said IOM's Brian Kelly, who is leading the UN Disaster Assessment and Coordination team in the area.

The Haitians migrants "are in a very tough situation, just as many of the Bahamians," he said.

Some 90 percent of housing and infrastructure is damaged or destroyed on Abaco, the World Food Programme (WFP) said in a statement, reporting thousands of houses leveled, telecommunications towers down and roads blocked.

Approximately 76,000 people were affected by Dorian, the IOM said, citing official reports. Of these, thousands have been evacuated and about 860 are in emergency shelters in the capital city of Nassau.

An estimated 5,000 people had been evacuated by the Bahamas, the WFP said, citing data provided by the government.

The organization said it had distributed 1,000 tarpaulin coats to serve as temporary roofs for destroyed homes in Marsh Harbour while the World Food Programme said it had passed out more than 1,500 ready-to-eat meals, after offloading 13,800 at Marsh Harbour.

(Except for the headline, this story has not been edited by NDTV staff and is published from a syndicated feed.)
Comments
Hurricane DorianBahamas