At the peak, the 30-year-old was worth $26 billion, and he was still worth almost $16 billion at the start of the week. 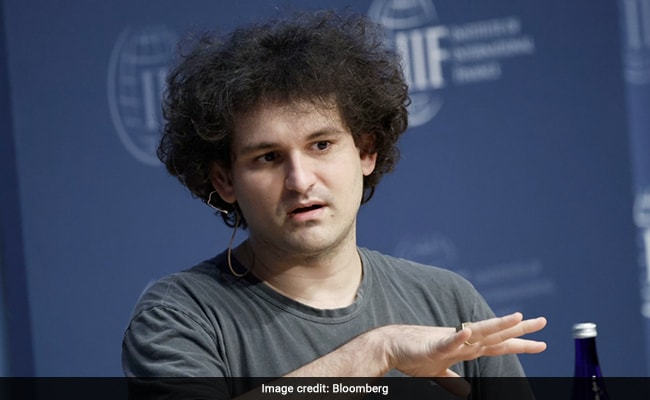 The 30-year-old former FTX co-founder Sam Bankman-Fried was worth $26 billion.

The entire $16 billion fortune of former FTX co-founder Sam Bankman-Fried has been wiped out, one of history's greatest-ever destructions of wealth.

The downfall of his crypto empire -- which filed for bankruptcy on Friday along with his resignation -- means assets owned by the mogul once likened to John Pierpont Morgan have become worthless. At the peak, the 30-year-old was worth $26 billion, and he was still worth almost $16 billion at the start of the week.

The Bloomberg Billionaires Index now values FTX's US business -- of which Bankman-Fried owns about 70% -- at $1 because of a potential trading halt, from $8 billion in a January fundraising round. Bankman-Fried's stake in Robinhood Markets Inc. valued at more than $500 million was also removed from his wealth calculation after Reuters reported it was held through his trading house, Alameda Research, and may have been used as collateral for loans. FTX.US and Alameda were also part of the bankruptcy filing.

In announcing it was filing for Chapter 11 bankruptcy, FTX said Friday in a statement that Bankman-Fried has resigned as chief executive officer and will be succeeded by John J. Ray III. Employees are expected to continue with the company and "assist Mr. Ray and independent professionals" during bankruptcy.

Bankman-Fried's empire crumbled this week after a liquidity crunch at one of its affiliates. Its US exchange, FTX.US, said on Thursday that customers should close out any positions they want to and that trading may be halted in a few days. In the Bahamas, where FTX.com is based, authorities froze the assets of its local trading subsidiary and related parties.

It's possible Bankman-Fried owns assets not tracked by the Bloomberg index. Alameda made about $1 billion in profits last year and FTX made hundreds of millions more.

Tech news website The Information reported on Thursday that he had more than $500 million invested in funds managed by Sequoia and other venture capital firms, and was also an investor in media startup Semafor. But if those assets are held through Alameda they might be wiped out by its losses.

For his part, Bankman-Fried is being investigated by the US Securities and Exchange Commission for potential violations of securities rules, a person familiar with the matter said. 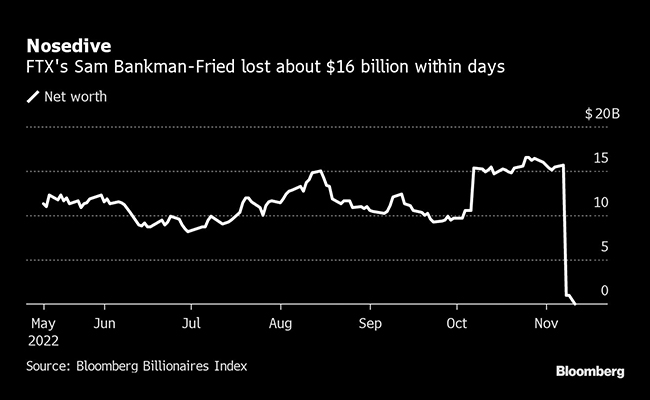