250 kg ISIS Cleric "Jabba The Jihadi" Arrested In Iraq, Was "Too Large" For Police Car

Abu Abdul Bari was known for "provocative speeches against the security forces" and was an important leader of "ISIS gangs". 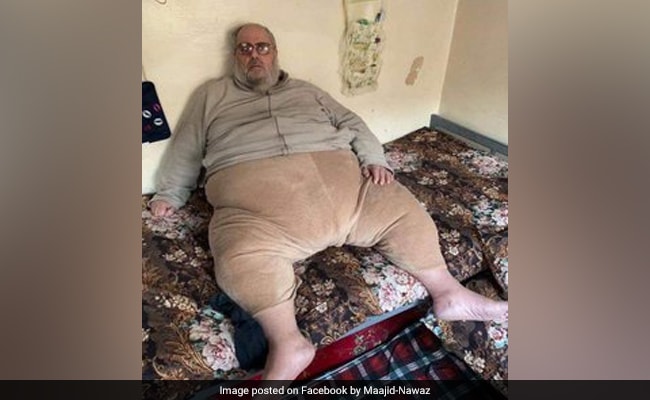 The SWAT team of Iraqi forces recently scored a "big" catch in the city of Mosul when they arrested an obese ISIS cleric who has been dubbed as "Jabba the Jihadi" on social media.

Weighing at a whopping 560 pounds (250 kg approx.), the fanatic was loaded onto a flatbed pickup truck by the Iraqi SWAT team as he was too large to be accommodated inside the police car, reported New York Post.

According to an official statement by the Iraqi forces, the apprehended mufti Abu Abdul Bari was known for "provocative speeches against the security forces" and was an important leader of "ISIS gangs".

The statement further added that Bari passed "fatwas" to order the killings of Islamic clerics who refused to pledge their loyalty to ISIS.

London based anti-Islamic extremism activist Maajid Nawaaz wrote a lengthy post on Facebook ridiculing Bari and his misdeeds, along with images of the fanatic who can be seen immobilized due to his immense weight.

"It is good that Syrians, Iraqis & others witness the debasement of this scum. That he is this obese, this immobile & this humiliated is yet another blow to ISIS imbeciles who thought God was with them."

"Do not underestimate the psychological blow the image of this obese monster being arrested is to ISIS."

"And that he issued rulings to fighters to both kill & be killed en mass, while justifying every manner of atrocity in the name of Islam, this hippo quite obviously had little intention of exerting his body beyond bowel movements. The hypocrisy stinks (figuratively & literately)!"

However, Maajid cautioned towards the end that his post shouldn''t be used to mock obesity, but instead, the hypocrisy of Islamic extremists.

In another social media post, this time on Twitter, Bari was branded as "Jaba the Jihadi" by Macer Gifford from Britain, who earlier fought against ISIS alongside the Kurdish militia.

Jennifer Lopez On Her 2004 Breakup With Ben Affleck: "Felt Like I Was Going To Die"