Ten heavily armed gunmen attacked during a football match at the national stadium outside Paris, and then bars and restaurants in the capital and Bataclan concert hall. 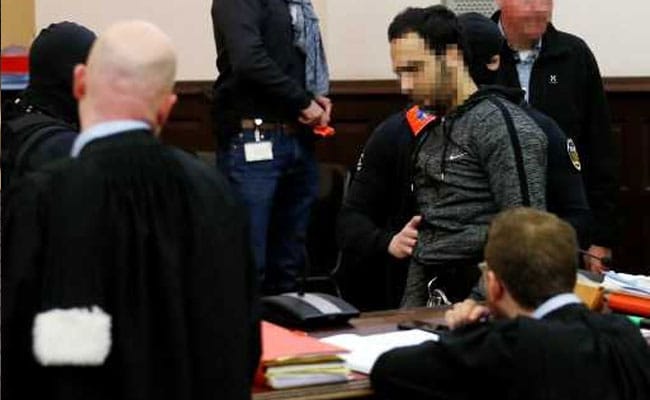 French prosecutors called Friday for 20 suspects to go on trial over the massacre of 130 people by suicide bombers and gunmen in Paris four years ago.

In a 562-page indictment, the office of the national anti-terror prosecutor (PNAT) charged 14 people currently in prison or under judicial supervision, including Salah Abdeslam, the sole surviving suspected participant in the attacks.

Six others are currently targeted by arrest warrants, including Fabien and Jean-Michel Clain, notorious propagandists for the ISIS group, which claimed responsibility for the killings.

An IS online magazine claimed in March that the two brothers were killed in coalition airstrikes in Syria earlier this year.

The five judges overseeing investigations that wrapped up last month, and who have worked with colleagues in Austria, Germany, Greece and Bulgaria, will now decide when to hold the trial, expected in Paris during 2021.

The PNAT said 1,740 civil plaintiffs had joined the case against the suspected organizers of one of the deadliest attacks in French history.

A total of 130 people died in the November 15, 2015, assaults by 10 heavily armed gunmen who attacked during a football match at the national stadium outside Paris, and then bars and restaurants in the capital as well as the Bataclan concert hall.

All detonated their explosive vests or were killed by police except Abdeslam, who was arrested in Belgium four months later.

He has refused to cooperate with investigators and remains in solitary confinement.

The other suspects facing trial have been charged with helping to organize or finance the attacks, or helping the gunmen to flee.

They include Oussama Atar, a Belgian-Moroccan citizen who is thought to have helped orchestrate the attack from Raqa, the former capital of the ISIS so-called "caliphate" in Syria.

Atar was reportedly killed in early 2018, but his death has not been officially confirmed.

Since 2015, France has been struck by a wave of jihadist terror strikes that have claimed the lives of over 250 people.

The same terrorist cell blamed for the Paris attacks is also believed to have struck the airport and metro system of Brussels in March 2016, killing 32 people.