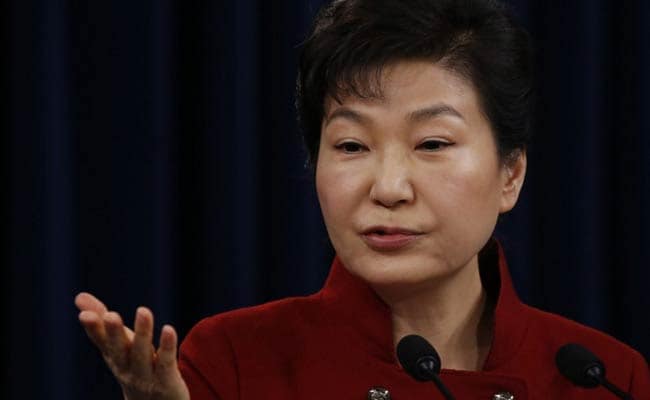 Seoul: South Korean prosecutors on Sunday formally arrested two former presidential aides as they bring their investigation over a bizarre political scandal that has engulfed the nation a step closer to President Park Geun-hye.

Park has issued consecutive apologies following suspicion that she allowed her longtime friend and daughter of a late cult leader to manipulate power from the shadows. But the apologies did little to assuage simmering public anger, which culminated in the largest anti-government rally in the capital in nearly a year on Saturday when tens of thousands of people demanded that Park step down.

The court also issued an arrest warrant for Jung Ho-sung, another former presidential aide accused of passing on classified presidential documents to Choi Soon-sil, whose close relationship with Park triggered the scandal.

Prosecutors on Sunday also summoned for questioning Woo Byung-woo, former senior presidential secretary for civil affairs who has been blamed for failing to prevent Choi from influencing state affairs and is embroiled in separate corruption allegations surrounding his family.

Park has admitted that she sent drafts of her speeches to Choi for editing. However, she avoided more damning allegations raised by the media that Choi perhaps meddled in important government decisions on policy and personnel. Choi was arrested earlier in the week on charges of abuse of authority and attempted fraud.

Tens of thousands of people rallied in Seoul on Saturday calling for the resignation of Park. But opposition parties, demanding that Park to step away from domestic affairs and transfer the duties to a prime minister picked by the parliament, have yet to make a serious push for Park's resignation or impeachment over concerns of negatively impacting next year's presidential race.

Holding banners, candles and colorful signs that read "Park Geun-hye out" and "Treason by a secret government," a sea of demonstrators filled a large square in front of an old palace gate and nearby streets, singing and thunderously applauding speeches calling for the ouster of the increasingly unpopular conservative president.

They shifted into a slow march in streets around City Hall, shouting "Arrest Park Geun-hye," "'Step down, criminal" and "We can't take this any longer," before moving back to the square and cheering on more speeches that continued into the night.

"Park should squarely face the prosecution's investigation and step down herself. If she doesn't, politicians should move to impeach her," said Kim Seo-yeon, one of the many college students who participated in the protest. "She absolutely lost all authority as president over the past few weeks."

Choi Kyung-ha, a mother of three, said her children asked her who Choi was "and whether she's the real president, and I couldn't provide an answer."

Police estimated the crowd at 45,000, although protest organizers said about 200,000 people turned out.

Park has tried to stabilize the situation by firing eight aides and nominating three new top Cabinet officials, including the prime minister, but opposition parties have described her personnel reshuffles as a diversionary tactic.

One national poll released Friday had Park's approval rating at 5 percent, the lowest for any president in South Korea since the country achieved democracy in the late 1980s following decades of military dictatorship.

Promoted
Listen to the latest songs, only on JioSaavn.com
Opposition parties, sensing weakness, immediately threatened to push for her ouster if she doesn't distance herself from domestic affairs and transfer the duties to a prime minister chosen by parliament. The parties have also called for a separate investigation into the scandal led by a special prosecutor.

Park has 15 months left in her term. If she resigns, an election must be held within 60 days.