2 Dead, 22 Injured After Fire Breaks Out At Ski Resort In France

A major fire broke out at the ski resort of Courchevel in the French Alps. 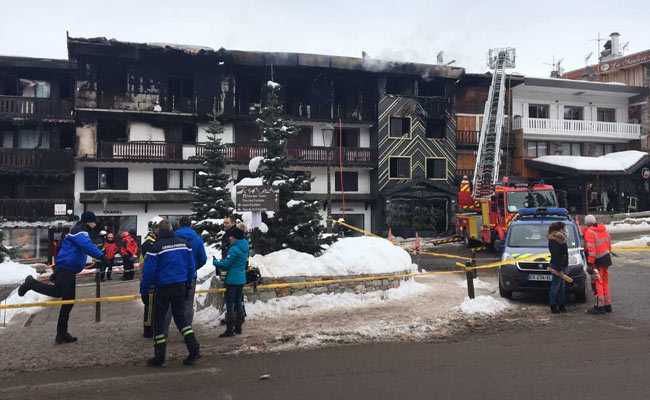 Around 70 firemen had brought the fire under control by day-break.

Two people died Sunday and 22 more were injured, four seriously, in a major fire at the ski resort of Courchevel in the French Alps, officials said.

The pre-dawn blaze forced the evacuation of some 60 resort workers, including foreigners, from a three-storey accommodation building.

Firemen found the two unidentified bodies in a burnt-out area of the building in the upmarket Courchevel 1850 ski station.

Three of the four badly injured were flown to hospital by helicopter, the local officials said.

The cause of the fire was not immediately known but around 70 firemen had brought it under control by day-break.

Interior Minister Christophe Castaner tweeted condolences to the families and friends of the dead and paid tribute to the firemen who tackled the blaze.

(Except for the headline, this story has not been edited by NDTV staff and is published from a syndicated feed.)
Comments
FranceFrance ski resort fireAlps ski resort fire