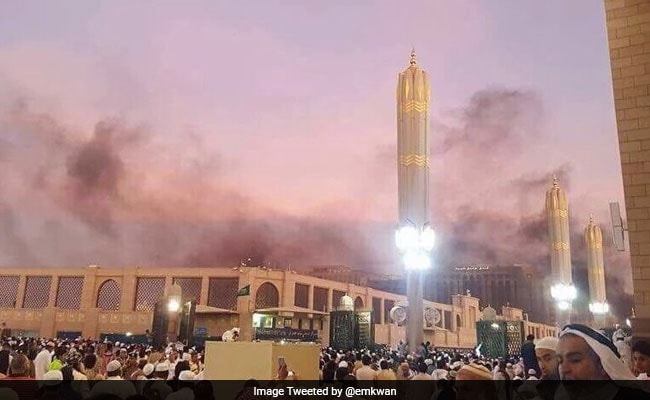 Naer Moslem Hammad al-Balawi had been identified as the perpetrator of the Medina attack.

RIYADH, Saudi Arabia: Nineteen people, including 12 Pakistani nationals, have been arrested in Saudi Arabia following suicide attacks on Monday, including one near Islam's second-holiest site in the city of Medina, the kingdom's Interior Ministry said on Thursday.

Seven people are believed to have been killed and two wounded in three separate attacks -- in Medina, at a Shiite mosque in Qatif, and in western Jeddah, the economic capital, not far from the US consulate.

A 26-year-old Saudi man, Naer Moslem Hammad al-Balawi, who had a "history of drug use" had been identified as the perpetrator of the Medina attack, the ministry said in a statement published by the official SPA news agency.

The Qatif attack, it added, was carried out by three "terrorists," including one man named as Abderrahman Saleh Mohammed al-Amr, 23, who it said was known to the security services for taking part in protests.

The Jeddah attacker was a Pakistani man identified as Abdullah Qalzar Khan, a driver who had been living in the city for 12 years, the ministry said earlier.

Four people were killed in the Medina explosion near the Prophet's Mosque, which came as Muslims prepared for this week's Eid al-Fitr festival marking the end of the holy fasting month of Ramadan.

The body parts of three people were found after another suicide bombing in the Shiite-populated Gulf city of Qatif, the ministry said earlier.

The US embassy in Riyadh reported no casualties among consulate staff during the attack, which coincided with the US July 4 Independence Day holiday.

Saudi Crown Prince Mohammed bin Nayef, the interior minister, said while visiting the wounded policemen in Jeddah that the attacks would "only increase our solidarity and make us stronger."

No group has claimed responsibility for Monday's attacks so far.

However, a series of bombings and shootings claimed by ISIS in Saudi Arabia since late 2014 has targeted minority Shiites as well as the security forces, killing dozens.

Most attacks have taken place in Eastern Province, home to the majority of the country's Shiites.

ISIS group leader Abu Bakr al-Baghdadi has called for attacks against Saudi Arabia, which is taking part in the US-led coalition bombing the jihadists in Syria and Iraq.

The group also considers Shiites to be heretics.