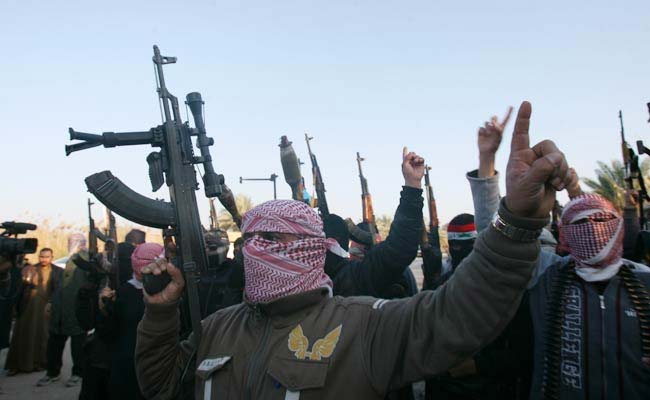 BAGHDAD: Seventeen people were killed in Iraq today in clashes between Islamic State militants and pro-government forces in a town close to the country's biggest refinery, a focal point in efforts to counter the ultra-hardline Sunni group.

The refinery beside the town of Baiji has changed hands before, reflecting the Iraqi army's struggle to hold territory it recaptures after months of clashes.

Fighting today took place on a road used by Islamic State for supply lines leading from Baiji to the nearby town of Siniya to the west.

Siniya is held by Islamic State, which controls a third of Iraq, as well as parts of neighbouring Syria.

The group, which also holds territory in Libya and has sympathisers in Egypt, highlights the spread of Islamist militancy since the 2011 Arab Spring uprisings that toppled veteran autocrats who had repressed hardline groups.

Iraq's government hoped to gain momentum after the army and its Shi'ite militia allies seized back Saddam Hussein's hometown of Tikrit in April following a month-long battle.

But the Shi'ite-led government faced a setback last month when the insurgents captured Ramadi, provincial capital of Anbar Province, the country's Sunni heartland.

Iraq's army, which has largely proven ineffective against the insurgents, relies heavily on Iranian-backed Shi'ite militias as well as on US-led air strikes to try to slow the momentum of Islamic State.

The group has used executions, sometimes videotaped, to strike fear into residents of areas it captures to try to sustain a self-proclaimed caliphate.

Islamic State's territorial advances have exacerbated a sectarian conflict in Iraq, which is still struggling to find stability four years after the withdrawal of US troops.

Iraq's civil war has generated steady allegations of human rights abuses on all sides, as well as concerns over a humanitarian crisis.

In a speech on Monday in Geneva, UN High Commissioner for Human Rights Zeid Ra'ad Al-Hussein accused Islamic State of perpetrating "the most despicable abuses on the Iraqi people under its control".

"We stand ready to assist the government to promote the rule of law and good governance; increase accountability; encourage community reconciliation; and ensure respect for the rights of minorities and of women."