1,000 Chinese Citizens In Islamabad To Inform Cops About Movements: Report 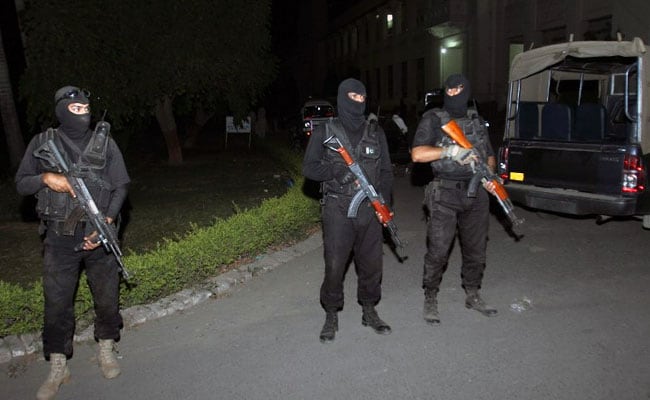 The meeting comes in the wake on increasing number of attacks in Chinese nationals. (Representational)

Over 1,000 Chinese nationals in Islamabad will be asked to inform police prior to their movement to ensure their safety, according to a media report on Monday, amidst increasing attacks targeting Chinese citizens in Pakistan.

The decision was taken during a meeting held to review the performance of the recently-established District Foreign Security Cell by Islamabad Police for the security of foreigners, especially Chinese nationals, the Dawn newspaper reported.

It quoted Islamabad police officials as saying that a survey report involving details about Chinese nationals living in Islamabad was shared during the meeting.

Over 1,000 Chinese nationals in the federal capital are attached with over three dozen projects, companies and businesses, the officials said, adding that the Chinese attached with the multi-million dollar China Pakistan Economic Corridor (CPEC) project were provided security cover by security forces and paramilitary troops.

It was decided in the meeting that either SHOs of police stations, security division or patrolling unit would provide security cover to over 1,000 Chinese nationals during their movement, the officials said, adding that the SHOs were also tasked with collecting their details.

SHOs will ensure deployment of patrolling staff around the residences of Chinese nationals and would check and verify details of the security guards.

CCTV cameras would be installed around the residences of the Chinese nationals as well as on the roads leading to their houses, the officials said.

The official added that DIG Operations was asked to visit the residential areas where the Chinese were living and prepare a security audit report to plug loopholes in the security.

A desk is also being established at Safe City and Police Facilitation, they added.

The meeting comes in the wake of increasing attacks targeting Chinese nationals in the country.

An attack by a burqa-clad woman suicide bomber from the Baluchistan Liberation Army (BLA) on the shuttle van of the Confucius Institute at the University of Karachi in Pakistan left three Chinese teachers dead on April 26.

Claiming the attack, the separatist BLA said it opposed Chinese investment in Pakistan's resource-rich Balochistan province, saying locals did not benefit from it.

The BLA has targeted Chinese nationals on a number of occasions, as has the Pakistani Taliban.

China is heavily involved in large infrastructure projects across Pakistan, including in the Balochistan province.