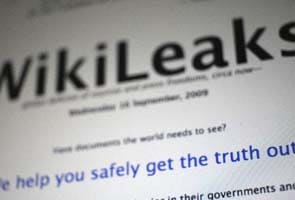 Washington: China, at the apparent request of Pakistan, put a "technical hold" on an Indian request to the UN Security Council to slap sanctions on three terrorists, says a secret State Department cable of December 2009 signed off by US Secretary of State Hillary Clinton.

China in its capacity as the Permanent Member of the UN Security Council has the veto power and nothing can be approved by this 15-member high-powered body of the United Nations without the consent of Beijing.

"On the international stage, Pakistan has sought to block the UNSCR 1267 listings of Pakistan-based or affiliated terrorists by requesting that China place holds on the nominations. China recently placed a technical hold on the designation of three Pakistan-based or affiliated terrorists nominated by India, although China did not prevent the most recent Pakistan-related US designation nomination in June," says the secret State Department cable, which primarily deals with the issue of terrorist financing.

The United States, which has charged the Wikileaks of indulging in a criminal act by stealing and releasing these cables, has neither confirmed nor denied the authenticity of these documents.

According to US officials, every cable coming out of the Foggy Bottom headquarters of the State Department is signed off by the Secretary of State as a matter of routine, and this should not interpreted as a personal statement of Clinton; but as an official direction from the State Department to its posts overseas.

However, this is for the first time it has come in the public domain  courtesy WikiLeaks  that China has been blocking Indian efforts to designate certain Pakistan-based terrorist outfits at the United Nations.

Officials say that both India and the US have been regularly raising this issue with Chinese officials, and have been successful some of the times, but not always, officials point out.

In the talking points for meetings with Pakistani leadership, the State Department asked its officials to take up with the Pakistani counterparts about their failure to implement the UNSC resolutions against terrorists outfits, in particular those against India and those involved in the Mumbai terrorist attacks.

"We stress your government's obligation, under UNSCR 1267, and successor resolutions to strictly enforce existing sanctions against the 142 Taliban, LeT leader Hafiz Saeed, LeT/JUD, al Rashid Trust, al Akhtar Trust and other individuals and entities on the UN 1267 Consolidated List," the cable says.

"We urge your government to support the international community's efforts to combat terrorist financing. Your overnment's views of UNSCR 1267 listing requests for LeT and other Pakistan-based terrorist groups should be made on the merits of the requests and not linked to politics, including what country made the nomination or which countries are referenced in the public statements of the cases," it said.

"We urge your government to comply with UN and domestic legal obligations to enforce sanctions on the
Pakistan-based, UN-proscribed NGOs al Rashid Trust and al Akhtar Trust, and all successor organizations that continue to funnel money and provide other forms of support to the Taliban and LeT," it said.

"We emphasize that social services provided by NGO extremist organizations, such as Jamaat-ud Dawa challenge the legitimacy of your government to provide for its people. This includes relief efforts in the Internally Displaced Person camps of the Northwest Frontier Provinces by the new LeT/JUD charity Falah-e Insaniyat Foundation," it said.

"We urge your Government in the strongest possible terms to take action against the Haqqani network, which is funneling weapons and fighters across the border to fight US and Coalition Forces in Afghanistan. This network, led by Sirajuddin Haqqani who was listed by the UN under UNSCR 1267,
funds its activities through illicit activities, including kidnapping, extortion, bank robbery, narcotics, smuggling, and fraud," the cable said.

Promoted
Listen to the latest songs, only on JioSaavn.com
"We urge your Government to replace the anti-money laundering decree recently promulgated by your Executive Branch with legislation fully consistent with the Financial Action Task Force (FATF) Recommendations and to ensure that the current decree can stand in court. The FATF Forty Plus Nine Recommendations are international standards, which Pakistan, by virtue of its membership in the Asia-Pacific Group, committed to," the cable said.

"Emphasize that Pakistan's support for disrupting financing to the Taliban and LeT obligatory pursuant to their obligations under UNSCR 1267 and successor resolutions, and is critical to achieving stability in Afghanistan and Pakistan," it said.