RBI asks Kerala temples how much gold they have 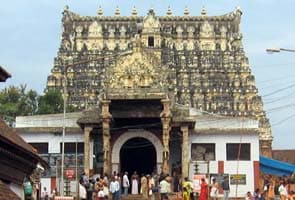 Thiruvananthapuram: Temple boards in Kerala have received a letter from the Reserve Bank of India (RBI) seeking details of the stock of gold in their possession, a temple board official said today.

Speaking to IANS, a top official of the famous Guruvayoor Devasom Board said a letter had been received from the RBI seeking details of gold stocks it holds.

"I have passed on the letter to the managing committee of the temple, as all policy decisions are taken by the committee," said the temple official, who wished to not be named.

The majority of temples in the state come under the five different Devasom Boards, of which the Travancore Devasom Board is the biggest, with the famous Sabarimala temple falling within its jurisdiction.

RBI's Regional Director Salim Gangadharan, speaking to IANS, confirmed that a letter had been sent, but clarified: "The RBI has no plans to buy gold, and this exercise is nothing but part of a statistical exercise."

Promoted
Listen to the latest songs, only on JioSaavn.com
Incidentally, a Supreme Court committee had, in July 2011, stumbled upon six vaults at the Sree Padmanabhaswamy temple in the heart of the state capital of Thiruvananthapuram. With only vault B left unopened yet, the treasure found in the other five vaults has been estimated at over Rs.1 lakh crore.