The fast is part of the 100-hour satyagraha launched by the BJP on October 29 over the death of the minor sisters from Wayalar in Palakkad district in 2017. 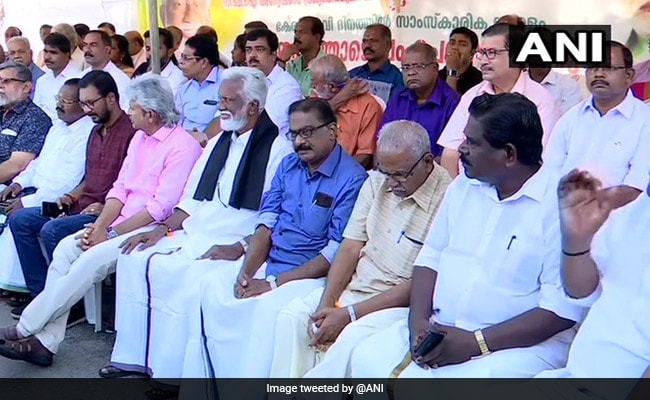 Hardening its stand against the CPI(M)-led LDF government in Kerala over the acquittal of three accused in a case of sexual assault and death of two minors, BJP leader Kummanam Rajashekharan observed a fast in front of the state secretariat, demanding a CBI probe.

Addressing party workers, Mr Rajashekharan, former Mizoram Governor, lashed out at the LDF government over its "criminal negligence" in the case.

The fast is part of the 100-hour satyagraha launched by the BJP on October 29 over the death of the minor sisters from Wayalar in Palakkad district in 2017.

The BJP also demanded the government to bring out a white paper on the case.

Activists of the Kerala Students Union (KSU) waved black flags at Culture Minister, AK Balan, in front of the Thiruvananthapuram Corporation office on Friday and were removed by the police.

Protests had broken out at many places in Kerala after the acquittal of the three accused by POSCO court last week citing lack of evidence in the case relating to the sexual assault and death of the two minor sisters at Wayalar in Palakkad.

The post-mortem report had revealed that they had been sexually assaulted.

The parents of the two girls had also met Chief Minister Pinarayi Vijayan in Thiruvananthapuram on Thursday seeking CBI investigation.

The opposition, Congress-led UDF, had disrupted proceedings on the first day of the 16th session of the Kerala Assembly and staged a walkout demanding a CBI probe into the issue.

Pinarayi Vijayan had assured the opposition that the government would seriously consider their demand.