9 Bodies Found Inside Well In Telangana, Cause Of Death Puzzles Cops

Warangal: The police first recovered four bodies on Thursday and another five bodies on Friday in the district in Telangana 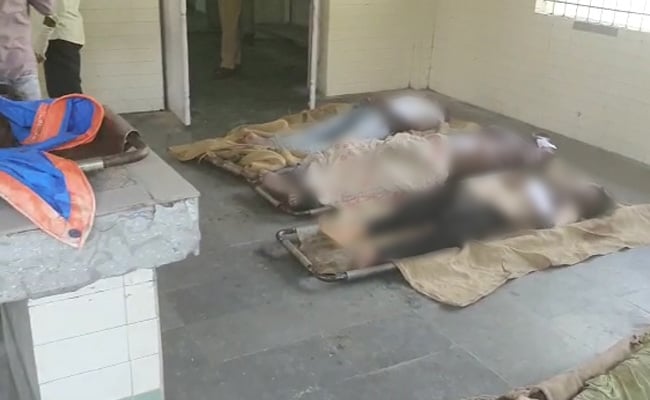 Warangal: The nine bodies were found inside a well in the district in Telangana

Six members of a family were among nine found dead inside a well in Telangana's Warangal Rural district, the police said. Of the remaining three, two are from Bihar and one from Tripura, police.

The police first recovered four bodies on Thursday and another five bodies on Friday. Investigators say there are no injury marks on the bodies. A case of suspicious death has been filed and investigators are looking at whether it could be suicide or murder, Warangal Police chief V Ravinder said.

The well has been emptied of water now. Officials said seven of those found dead were working at a gunny bag-stitching unit. All of them are believed to have had dinner together on the third birthday of the daughter of one of the workers, who has also died.

State Panchayati Raj Minister Errabelli Dayakar Rao, who visited the hospital where the bodies are kept, said action will be taken only after they get a good picture of what must have happened.

The police had earlier said they suspected it to be a case of suicide. But with no external injuries in the bodies, the cause of death would be known only after the autopsy results come.

Mr Rao said the state government will conduct the funeral of the dead in Warangal if their families want, or make arrangements to send the bodies to their villages.

The head of the family that was found dead was a 48-year-old man who migrated from West Bengal over 20 years ago and had settled down in Warangal Rural. His family had been staying in two rooms on the premises of the unit, police sources said.