TRS Foundation day: TRS, established on April 27, 2001 to seek the formation of an independent Telangana state, achieved its objective on June 2, 2014 with the bifurcation of the erstwhile Andhra Pradesh. 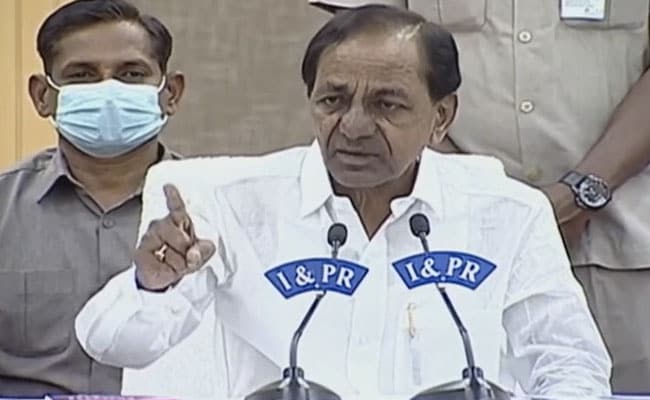 The ruling Telangana Rashtra Samiti's 21st Foundation Day here on Wednesday is likely to spell out the party's roadmap ahead of next year's Assembly polls and its supremo and Chief Minister K Chandrasekar Rao's national role amidst his efforts to cobble up an anti-BJP front to take on the saffron party juggernaut in the 2024 Lok Sabha polls. Rao is slated to address the workers at the meeting.

The event is also expected to mark the sounding of the poll bugle for the 2023 state assembly polls, with the ruling party setting its eyes for a third straight term since coming to power in 2014, when the state came into existence.

Rao will address party workers and members on the 21st foundation day and is likely to unveil its national agenda.

TRS, established on April 27, 2001 to seek the formation of an independent Telangana state, achieved its objective on June 2, 2014 with the bifurcation of the erstwhile Andhra Pradesh.

During the day-long celebrations at the Hyderabad International Convention Centre (HICC) in the city, the party will showcase its strength, the Telangana development model, and achievements of the TRS government in the last seven years.

As per the schedule, the TRS supremo will kickstart the celebrations by hoisting the party flag around 10.30 am, followed by delivery of a welcome address and introduction of 11 resolutions including one on national and state political situation.

The resolution will be debated and passed in the plenary meeting, which will also seek the people's support for the continued growth of Telangana based on welfare programmes for all communities.

Telangana, which saw frequent power cuts, low agriculture production, lack of drinking water, and general sense of desperation among the people before the statehood is said to have made rapid strides in the last seven years. The number of districts have also been increased from 10 to 31 to simplify governance.

The meeting assumes significance with the Chief Minister making a swift move to play a key role in the national politics and forge an anti-BJP bloc before the 2024 general elections.

The party has roped in the Indian Political Action Committee (I-PAC), once headed by poll strategist Prashant Kishor, to help the party in coming polls. I-PAC had earlier engaged with the AAP, TMC and DMK.

The party is likely to make announcements on its foundation day, keeping in mind the polls scheduled next year.

About 3,000 delegates are expected to take part in the celebrations. Ministers, MPs, MLAs, MLC, chairpersons of various Corporations, Zilla Parishad chairpersons, Mayors and Municipal chairpersons and others are invited for the meeting.

"Be Alert, Some Trying Cheap Politics In Name Of Religion": KCR