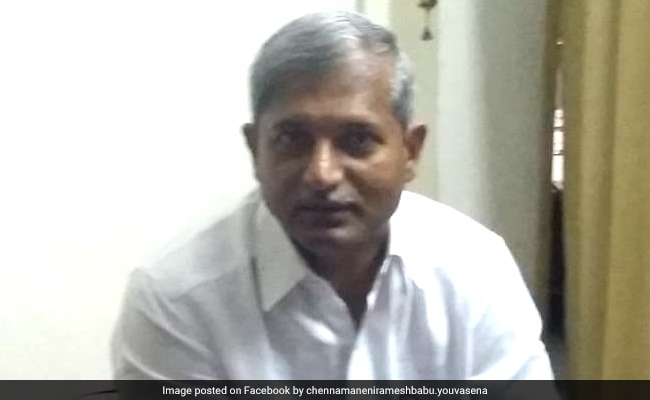 Telangana MLA Ramesh Chennamaneni is no longer an Indian citizen, the government declared on Wednesday, accusing him of misrepresenting and concealing facts and securing citizenship by fraud. It was "not conducive to the public good that Mr Chennamaneni continues to be a citizen of India," said the home ministry in a 13-page order.

Mr Chennamaneni, a member of the state's ruling Telangana Rashtra Samithi (TRS), had concealed facts about his visits abroad during the one-year period preceding his application for Indian citizenship, the home ministry said in its order last evening.

"His misrepresentation/concealment of fact misled the government of India in making its decision initially. Had he revealed the fact that he had not resided in India for one year before making the application, the competent authority in this ministry would not have granted citizenship to him," said the order.

"His conduct shall stand as an example to the people whom he represents," it read, pointing out that as a member of the legislative assembly, he is part of "an august body that takes decisions affecting millions of citizens".

Mr Chennamaneni, who has been a lawmaker since 2009, said the Telangana High Court had decided in his favour. "But the Home Ministry did not consider that and again cancelled (citizenship). So, we will approach High Court again for safeguarding my citizenship," he said, claiming the court had given him the option of approaching it again.

The MLA had challenged a home ministry order in 2017 rejecting his citizenship.

Mr Chennamaneni represents the Vemulawada seat around 150 km from state capital Hyderabad. His citizenship case has been pending since he was first elected as an MLA from N Chandrababu Naidu's Telugu Desam Party (TDP) in 2009 in undivided Andhra Pradesh. He later joined Chief Minister K Chandrashekar Rao's TRS and was re-elected in a by-election in 2010. He was elected to the Telangana assembly again in 2014 and 2018.

There is no provision for dual citizenship in India. A person who is not an Indian citizen is not eligible to contest or vote in any election.