No End To Transport Strike, Telangana Governor Steps In After Meeting PM

The state government has refused to give salaries to protesting employees claiming that they had self-dismissed themselves by refusing to rejoin duty and maintains that only 1,200 employees are on its rolls.

The strike by the employees of state-run TSRTC has intensified since it began on October 5.

With the impasse between the protesting employees of the Telangana State Road Transport Corporation (TSRTC) and the state government showing no signs of ending, Telangana Governor Tamilisai Soundararajan on Thursday stepped in and sought a report on the steps taken by the government to avoid inconvenience to common people.

The intervention assumes significance as the Governor just returned from Delhi after briefing Prime Minister Narendra Modi and Home Minister Amit Shah on the transport strike in the state.

The strike by the employees of state-run TSRTC has intensified since it began on October 5, with political parties and other taxi unions lending support to them. The employees want the government to meet their 26 demands, including a merger with the government. The KCR government, however, has refused to entertain their requests and has sacked over 48,000 employees who joined the protests.

Only about 6,000 buses out of the 10,600 buses have been running on the road, affecting over crore people who depend on public transport. The strike has affected not just office-goers, but also schools and colleges that have been forced to extend their Dasara vacation till October 21. 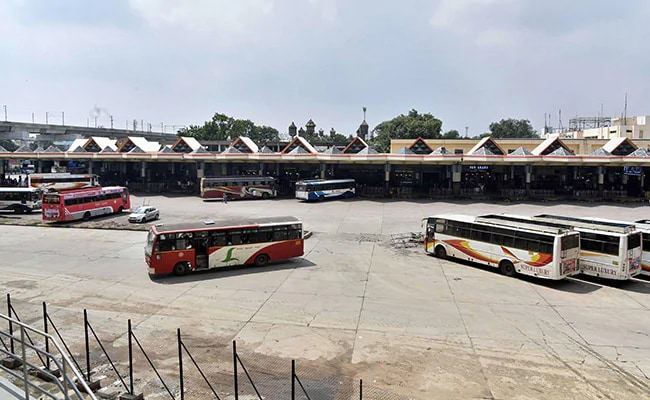 On Thursday, Chief Minister K Chandrasekhar Rao held a key meeting with officials to charter the government's version to be submitted in the High Court today. The court had recently pulled up the government and union leaders for the strike and directed them to end stir. The state government was also directed to pay salaries for September to all the 49,190 employees by October 21.

The state government, however, says that the striking employees had self-dismissed themselves by refusing to rejoin duty and maintains that only 1,200 employees are on its rolls. Two employees of the TSRTC have committed suicide after they did not receive their salary for September. Striking transport employees claim that four more employees have tried to end their life since the government dismissed them.

RTC Joint Action Committee (JAC) convenor Ashwathama Reddy has warned that a constitutional crisis could arise if the state government doesn't soften its stand. "KCR is not greater than a former charismatic chief minister like N T Rama Rao. If KCR continues to be adamant, anything can happen. Ministers like Harish Rao and Etela Rajender should speak up about the RTC strike," he said.

The Osmania University has postponed undergraduate exams to be held today and tomorrow in view of the strike.

With no sign of talks around the corner, the striking employees have called for a statewide bandh on Saturday. All opposition parties and several trade unions of government employees have lent support to the strike.

Adding to the woes of the public, Ola and Uber cabs in the state are also expected to go off the roads from October 19. The Telangana State Taxi and Drivers JAC (TSTD JAC) on Wednesday informed that Ola, Uber and drivers working for IT companies would go on indefinite strike as the government failed to pay heed to their demands.

10-Day Telangana Lockdown From Tomorrow, Curbs Relaxed From 6-10 am