Telangana Chief Minister K Chandrashekar Rao has been moving strategically ever since his party won 88 assembly seats in the assembly elections held on December 7. 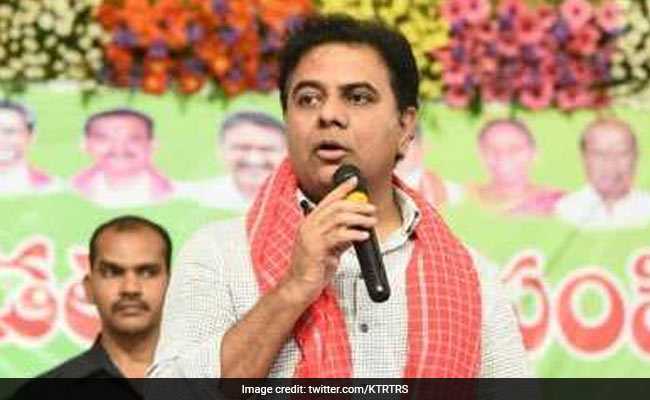 KT Rama Rao, son of Telangana Chief Minister K Chandrashekar Rao, has been made the working president of the Telangana Rashtra Samithi. This comes a day after Chandrasekhar Rao, popularly known as KCR, took oath for a second term and at a time when he has made clear his intention to play a decisive and active role in national politics.

KCR has been moving strategically ever since his party won 88 assembly seats in the assembly elections held on December 7. Two Independents have already professed loyalty to the ruling party and more legislators could jump to the winning side.

The victory score of 88 this time is 25 more than the 63 they got in 2014. In the first term, crossovers had taken the numerical strength to 90. So the number this time could go up closer to the 100-mark. That will consolidate the party's strength even more before general elections in 2019.

Along with KTR, legislator Mohd Mahmood Ali was also inducted, who has been given the home portfolio. That is a symbolic message that KCR intends to give due status and space to the minority community.

KCR had announced the dissolution of the state assembly on September 6 and his gamble seems to have paid off. If his intention was to ensure that his party does not lose out because the focus stays on Congress president Rahul Gandhi and Prime Minister Narendra Modi, KCR managed to turn it to his advantage, by turning it into an insider versus outsiders issue.

Now with the new changes in the TRS party structure, the internal hierarchy has been made crystal clear. The new executive president, also called working president, will call the shots within the party after KCR.

If the party president's focus stays on national politics, son KT Rama Rao can manage the affairs in the state, doing the microplanning and eventually emerge as the successor within the party and government authority structure.