10 people have been named as accused including the parents of Avanthi, her uncle, cousins and others. Avanthi says except the driver, all the kidnappers were her relatives. 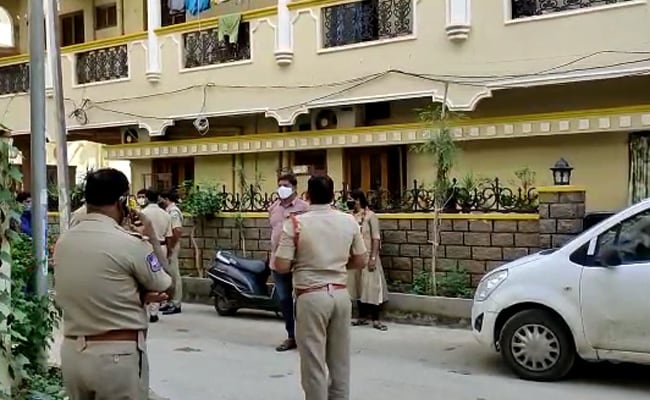 The incident happened under Cyberabad Commissionerate on Thursday, police said

A 28-year-old man was brutally murdered in Telangana allegedly by his in-laws who had objected to his marriage to their relative. The couple belonged to different castes and the victim's wife says they got married against the wishes of her father.

The incident happened under Cyberabad Commissionerate on Thursday when the couple was allegedly kidnapped from their home in NGO colony by the relatives of Avanthi Reddy.

Avanthi managed to escape but Hemanth, her husband, was forcibly taken away. The police say they suspect he was strangled a few hours later at 7:30 pm and his body was abandoned in an open area.

The Cyberabad Police was initially accused of not acting on time on the complaint of Avanthi and her in-laws. However, they claimed that they had solved the case by Friday evening.

As many as 10 people have been named as accused including the parents of Avanthi, her uncle, cousins and others. Avanthi says except the driver, all the kidnappers were her relatives.

Avanthi and Hemanth were neighbours and were in a relationship for the last eight years.

23-year-old Avanthi's family reportedly did not approve of their relationship and allegedly kept her under house arrest for over six months, according to Hemanth's mother.

On June 10 this year, the couple got married according to Hindu rituals and also got their marriage registered the very next day.

Both sets of parents were called in by the police for counseling after the marriage. Ms Reddy said she was not a minor and wants to stay with her husband.

The couple started living away from the Chandanagar neighbourhood of their parents. Avanthi said she had soon after given up the property that was in her name as her mother kept taunting her.

"When you don't want us, why do you want our money?" her mother apparently said.

Avanthi is shocked at the incident.

"I thought they would not bother us anymore but I did not know they would take such brutal action,'' she says.

The body was sent for post-mortem examination to Osmania General Hospital.