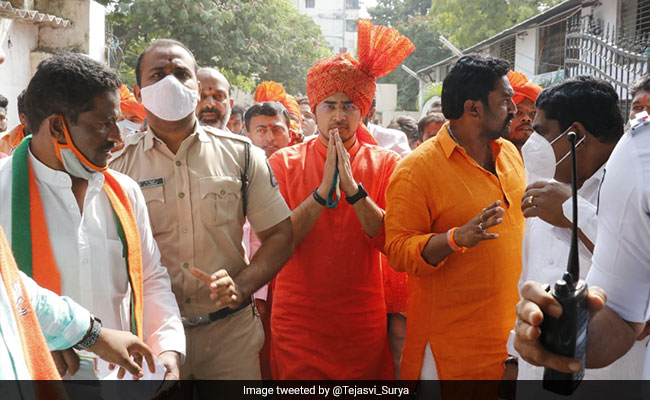 BJP MP Tejasvi Surya has been charged in a police case for entering Hyderabad's Osmania University without permission earlier this week, in his campaign for the city civic polls.

The MP from Bengaluru visited the iconic university on Tuesday along with his supporters. He allegedly removed barricades and barbed wire put up at the gates and forced his way into the campus to address students at the Arts College building.

Mr Surya had accused police on the campus of blocking his entry on orders from Chief Minister K Chandrashekara Rao (KCR).

"We wanted to pay respects to the Telangana movement's martyrs at the Osmania University. But KCR has closed its gates," Mr Surya was quoted as saying.

The police denied it, saying it was the university that had put up the barricades to ensure that only staff and students,

Rs 4,000 Crore Attached In Scam That Duped 32 Lakh In Andhra, Other States