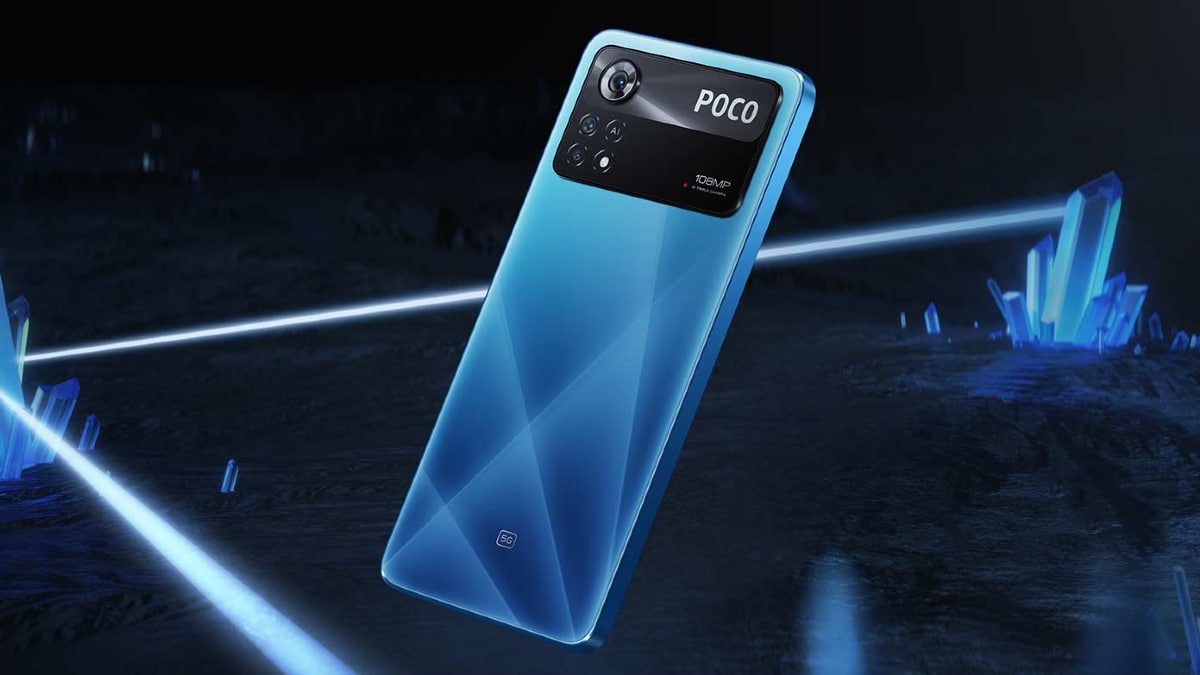 Poco X5 5G is said to be in the works. Ahead of any official announcement from the Xiaomi sub-brand, the new Poco smartphone has allegedly appeared on multiple websites including China's Compulsory Certification (3C) and Infocomm Media Development Authority (IMDA) websites, pretty much confirming its arrival. The 3C listing suggests a 22101320C model number and 67W fast charging support for the upcoming Poco X5 5G. The purported handset has previously been spotted on the Bureau of India Standards (BIS) and Federal Communications Commission (FCC) databases as well.

As per a report by MySmartPrice, Poco X5 5G with model number 22101320C has now bagged certification from China's 3C website. The listing also suggests that the smartphone comes with support for 67W fast charging and 5G connectivity. Meanwhile, the smartphone has reportedly appeared on the IMDA website with model number 22101320G. Poco, though, is yet to announce any details regarding Poco X5 5G.

Earlier this month, the Poco X5 5G was allegedly spotted on multiple websites including the Bureau of India Standards (BIS) and Federal Communications Commission (FCC) databases with model numbers 22101320I and 22101320G, respectively. The listing suggested a 4,900mAh battery on the upcoming phone. It has also appeared on the IMEI website.

It is expected to feature an IPS LCD panel display with a 120Hz refresh rate. The Poco X5 5G could be powered by a Qualcomm Snapdragon 778G+ SoC.

The Poco X5 5G is expected to arrive with upgrades over this year's Poco X4 Pro 5G model. The latter runs on Android 11 with MIUI 13 on top and features a 6.67-inch full-HD+ (1,080x2,400 pixels) Super AMOLED display with a 120Hz refresh rate. It is powered by the Qualcomm Snapdragon 695 SoC, paired with up to 8GB of LPDDR4x RAM. A triple rear camera setup headlined by a 64-megapixel Samsung ISOCELL GW3 primary sensor, a 5,000mAh battery and 67W fast charging support are the other specifications of the device.

Is Poco F4 5G a new best-of contender under Rs. 30,000? We discuss this on Orbital, the Gadgets 360 podcast. Orbital is available on Spotify, Gaana, JioSaavn, Google Podcasts, Apple Podcasts, Amazon Music and wherever you get your podcasts.