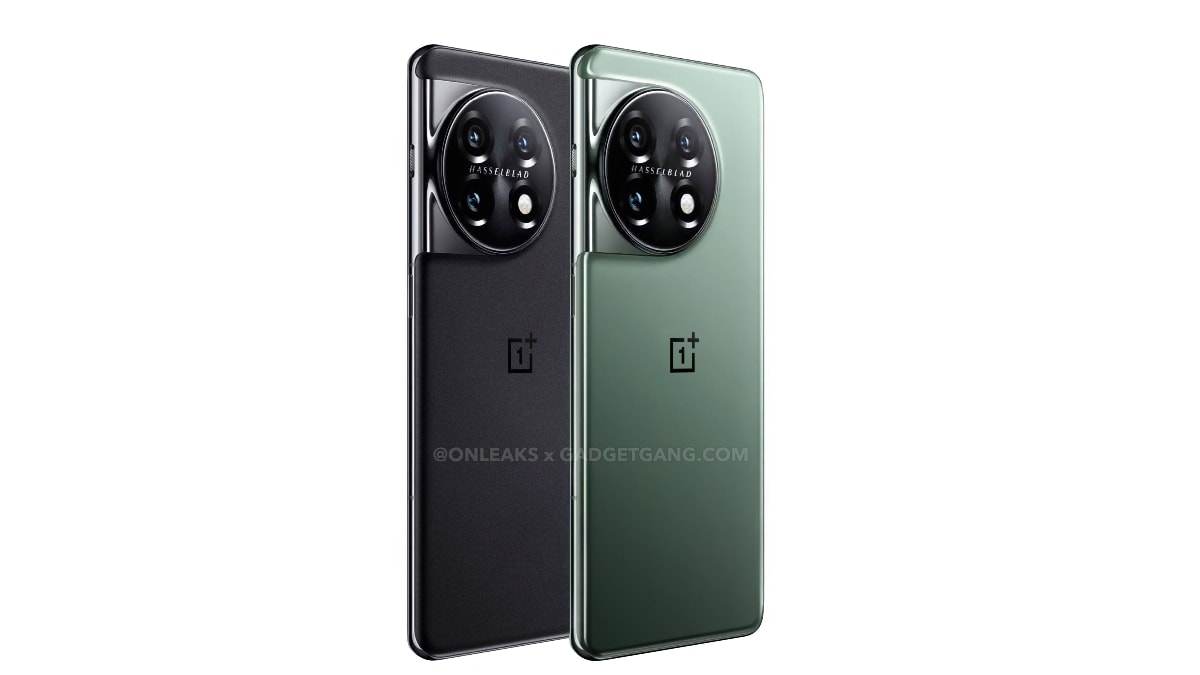 OnePlus 11 could be inching towards the launch as its key specifications and render have surfaced online. The alleged official render shows the handset in two different colour options and suggests a new design with a circular camera island at the rear with Hasselblad branding. The OnePlus 11 is already confirmed to come with a Snapdragon 8 Gen 2 SoC under the hood. It is expected to feature a triple rear camera setup led by a 50-megapixel primary sensor. It is said to be backed by a 5,000mAh battery. The OnePlus 11 will be succeeding the OnePlus 10 Pro launched in March this year.

The alleged official render and specifications of the OnePlus 11 were shared by tipster Steve Hemmerstoffer (@onleaks), in collaboration with GadgetGang. The render shows the handset in black and green colours with a glossy finish similar to the OnePlus 10 Pro. It seems to have a triple rear camera setup at the back arranged in a circular-shaped camera island with the Hasselblad branding in the middle. The power button and alert slider are seen to be placed on the left spine.

As per the leak, the OnePlus 11 could be offered in Forest Emerald and Volcanic Black shades. It is said to feature a 6.7-inch QHD+ AMOLED display and could offer up to 16GB of RAM. The Qualcomm Snapdragon 8 Gen 2 SoC, that was announced last month, is confirmed to power the upcoming handset.

This smartphone will be succeeding the OnePlus 10 Pro. The latter was launched in India in March with a starting price tag of Rs. 66,999 for the base 8GB + 128GB storage variant.