With Jayalalithaa Unwell, US Consulate's Emergency Warning To Citizens 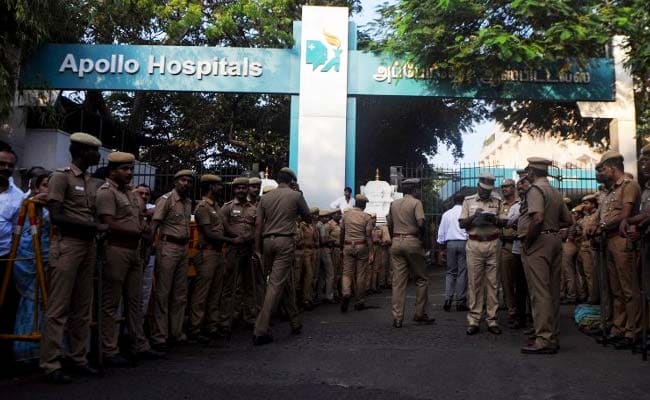 Chennai: With Tamil Nadu Chief Minister Jayalalithaa said to be critical, the US Consulate in Chennai has issued an "emergency message" for American citizens, asking them to review their personal security plans and remain aware of the local events.

"US citizens are reminded that even gatherings intended to be peaceful can turn confrontational and escalate into violence. You should avoid areas of demonstrations, and exercise caution if in the vicinity of any large gatherings, protests, or demonstrations," the Consulate said in a message on its official website without any reference to any particular development.

It also announced that the Consulate General will operate with reduced staffing today, adding, it has "temporarily suspended appointments for routine services to US citizens and visa applicants."

Promoted
Listen to the latest songs, only on JioSaavn.com
"Applicants will be informed by email. The Consulate will provide updates when routine services are restored," it added.

Ms Jayalalithaa, who has been in hospital since September 22, and had nearly recovered from a prolonged lung infection, suffered a cardiac arrest last evening, prompting scores of party workers to rush to Apollo Hospital where she has been admitted.