Read inOther Languages
This Article is From Oct 25, 2018

AIADMK disqualified MLAs verdict: By-elections will be held for a total of 20 seats, including two that have been vacant since the death of members

Eighteen rebel lawmakers of the ruling AIADMK in Tamil Nadu stand disqualified, the Madras High Court decided today, in a big relief to the E Palaniswami government. The 18 lawmakers, who are loyal to ousted party leader VK Sasikala and her nephew TTV Dhinakaran, will no longer be members and by-elections will be held for their seats.

The court order is a huge setback for Mr Dhinakaran, who was looking to gain advantage over Chief Minister EPS and his deputy O Panneerselvam or OPS and leverage his group to assert his control on the government and the party.

"If by-elections are held, we will win," said Mr Dhinakaran, insisting that the court order would not impact his ranks. "We were expecting a positive outcome," he admitted, not ruling out going to the Supreme Court to challenge the decision.

Last year, the assembly Speaker had disqualified the lawmakers invoking the anti-defection law after they wrote to the governor seeking the removal of Chief Minister E Palaniswami or EPS.

"We welcome the verdict. Even if bypolls are announced for the 18 assembly seats, Amma's government will win all of them. Rest of the things the EC has to decide," Mr Palaniswami said. 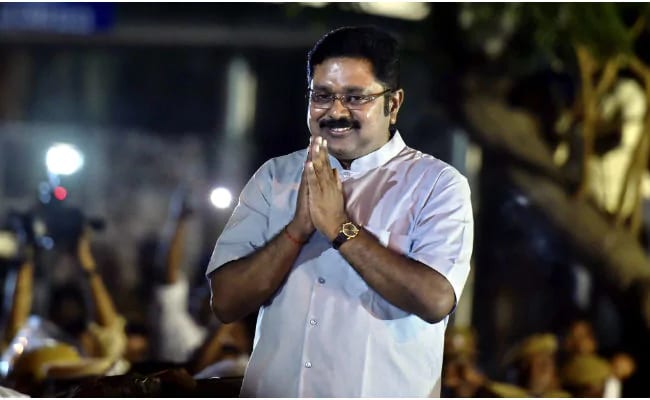 The AIADMK rebels had a brief resort break as their leader TTV Dhinakaran put them up at a property in Courtrallam, 600 km from capital Chennai

Had the court cancelled their disqualification, the state government would have lost its majority and could potentially fall if the lawmakers with Mr Dhinakaran voted against the government.

By-elections will be held for a total of 20 seats, including two that have been vacant since the death of members.

The High Court had given a split verdict in June, after which the Supreme Court had appointed a third judge, Justice Sathyanarayana, to give his orders.

The rebels had a brief resort break as their leader Dhinakaran put them up at a property in Courtrallam, 600 km from capital Chennai.

With 20 vacant seats, the Tamil Nadu assembly's strength is down from 234 to 214. The ruling party, with 116 members, is well above the half-way mark of 107. If the rebel lawmakers had been reinstated, the total would have gone up to 232 and the AIADMK would have been one lawmaker short of a simple majority (117).

Last year, the AIADMK, then under Ms Sasikala and Mr Dhinakaran, had moved all the party's legislators to another tourist resort outside Chennai to guard them from then chief minister OPS, who had rebelled against Ms Sasikala's dominance. After Ms Sasikala was jailed, EPS and OPS buried their differences and removed her.

Ms Sasikala, a long-time aide of AIADMK chief J Jayalalithaa, took control of the party after her death in December 2016 and was about to take charge as chief minister when she was jailed for corruption. She was removed as AIADMK chief but continued to control the dissident group from jail, along with her nephew, who won the RK Nagar seat of Ms Jayalalithaa in by-polls a year ago.