Since the state police was involved, it is a fit case to be investigated by the CBI, Chief Justice Indira Banerjee observed when a PIL by an advocate came up for hearing before the first bench. 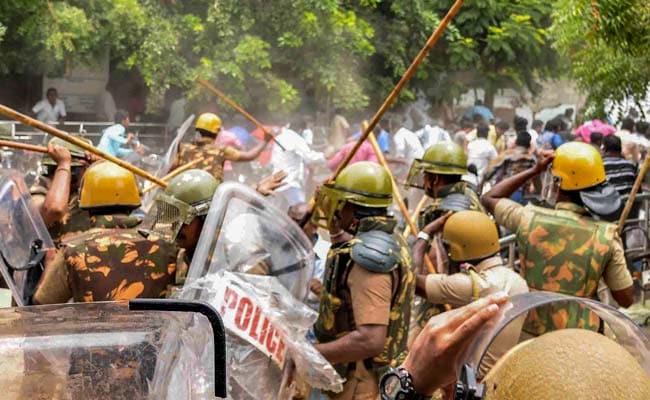 Chennai: The Madras High Court today observed that the police firing during the recent anti-Sterlite protests in Tuticorin was a fit case for CBI investigation.

Since the state police was involved, it is a fit case to be investigated by the CBI, Chief Justice Indira Banerjee observed when a PIL by an advocate came up for hearing before the first bench.

Petitioner S Rajinikanth, an advocate practising in the high court, sought a probe by a sitting judge of the court into the May 22 and May 23 police firing, which left 13 people dead during the protests demanding closure of Sterlite's copper unit.

He alleged that the police had fired from advanced guns that can only be used against enemies in a war. Besides, police personnel had positioned themselves atop a van and from such a height, the shooter can only target the upper part of a person, he submitted. The petitioner further alleged that the government was trying to conceal the happenings by appointing a 'name sake' inquiry committee.

Advocate General Vijay Narayan submitted that the government had already ordered an inquiry by a retired high court judge into the incident. The court then directed the state government to file its counter and the petitioner his rejoinder, and posted the matter to July 6.

Meanwhile, state Fisheries Minister D Jayakumar said the one-member inquiry commission was 'sufficient' as it was headed by a person who had served in the judiciary.

Promoted
Listen to the latest songs, only on JioSaavn.com
"The state government set up panel is probing the case and it is sufficient and everything is being updated. The team does not include officials from government, but a person belonging to judiciary or who served in judiciary," he told reporters.

He was responding when a reporter drew his attention to the high court's observation today. On whether the panel probing the incident was an "eyewash", the minister said, "Then there arises a question if inquiry panels set up by various governments in the past were an eyewash too?"