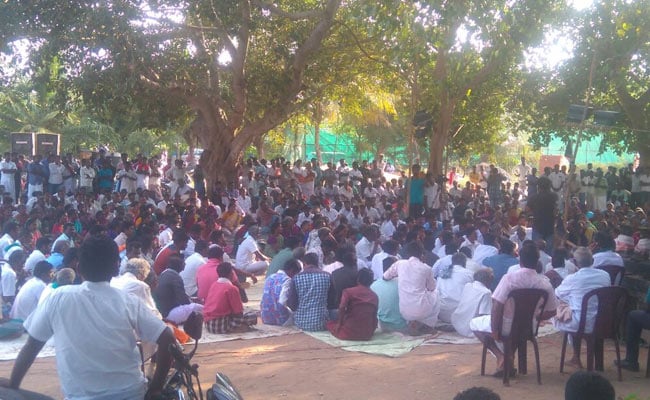 The protesters allege that about 70 villages will be adversely affected by Neduvaasal project.

Chennai: In what has been compared to this month's Jallikattu protests in Chennai, thousands of people gather every day in Neduvaasal village of Tamil Nadu's Pudukottai district to protest against a hydrocarbon extraction project by the centre. The villagers say the project will deplete ground water and destroy agriculture. College students from Chennai and other cities, scientists and others have joined the protest and they are mobilising support through social media. The Neduvaasal project is part of Prime Minister Narendra Modi's ambitious plan to reduce oil imports by 10 percent by 2022.