Karnan, 36, was sitting in the Udumalaipet MLA's office when the gang, armed with knives, barged in, bundled him into a waiting car and sped away, the police said. Another man was already in the car. 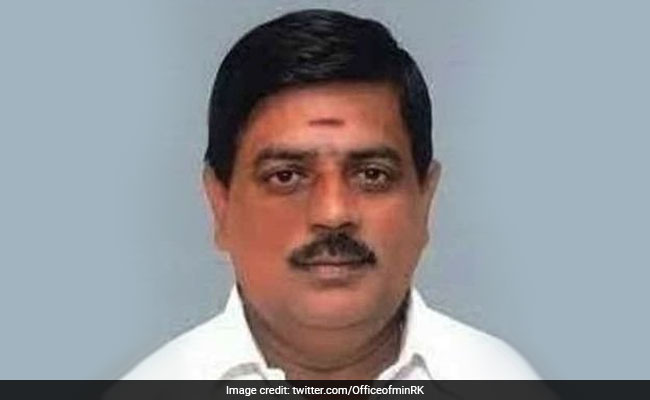 In a dramatic incident that was caught on camera, the personal assistant of a Tamil Nadu minister was kidnapped by a gang of four men from the latter's office in Tiruppur district today, police said. He was released within hours after the kidnapping, around 8km away from Animal Husbandry Minister Udumalai Radhakrishnan's office, they said.

Karnan, 36, was sitting in the Udumalaipet MLA's office when the gang, armed with knives, barged in, bundled him into a waiting car and sped away, the police said. Another man was already in the car.

Narrating the incident, Mr Karnan said "I didn't have an answer for the vindictive political information they sought. They also intimidated me for money. They took away my three sovereign chains and one sovereign ring. They asked for cash but I wasn't carrying my purse. I don't know where but I have lost my ATM card and they have taken my PIN". He added the kidnappers were local people wearing masks and caps and that they also blindfolded him.

While the CCTV footage from the office and nearby areas have been monitored, vehicle-checks have been intensified on the Tirupur-Pollachi road, the police said.

"We are investigating. By evening we should have a clear picture about the motive and what exactly happened," K S Narenthiran Nair, DIG Coimbatore range, told NDTV.

The Animal Husbandry Minister Udumalai Radhakrishnan also heads the Tamil Nadu government's cable television wing. A few years ago, Udumalpet had witnessed a daylight dishonour killing of a young man, and many woman students had alleged sexual abuse by a gang.