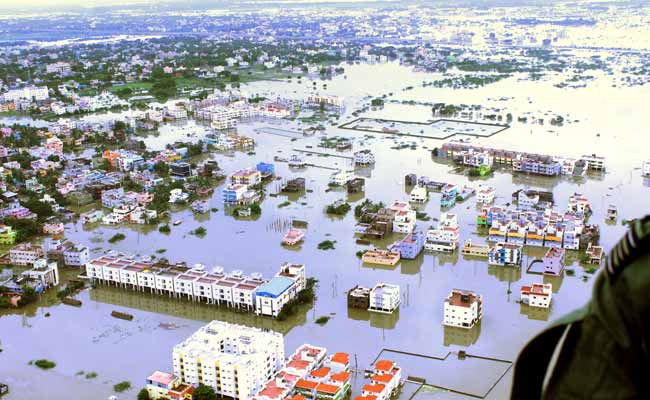 Parts of Chennai appeared submerged, where the IAF was rescuing people.

Ms Jayalalithaa, in a telephonic conversation with the Home Minister, requested Centre to expedite deputing the team for an on-the-spot assessment and recommendation, said a statement from the Tamil Nadu government.

Mr Singh, who is in China, said on Twitter that he had spoken to the Tamil Nadu Chief Minister and assured of all possible help.

The death toll in rain-related incidents across Tamil Nadu stood at 111.

About 31 centimetres of rain poured on Tamil Nadu in less than 24 hours till Tuesday. The low lying areas in the city still remain inundated.

The very heavy rainfall in Tamil Nadu, particularly in the districts of Chennai, Tiruvallur, Kancheepuram and Cuddalore has caused widespread damage to crop, property and roads.

Power and water supply remains cut off in some pockets. The Rescue teams have managed to take out around 12,000 people from the water-clogged areas.