RJ Suchitra had posted a video on social media that triggered nationwide outrage over the deaths of a father-son duo in police custody in Tamil Nadu's Tuticorin last month. 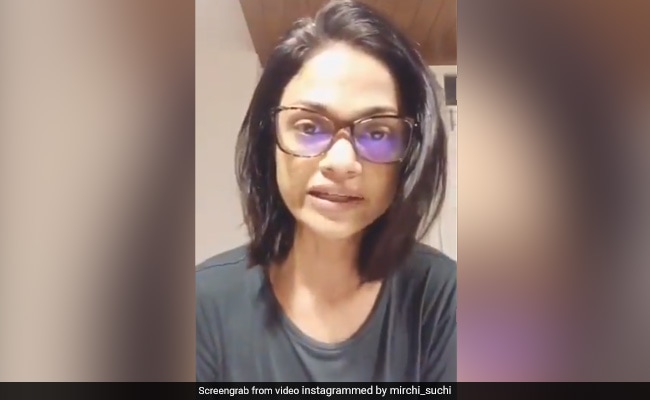 RJ Suchitra had narrated the alleged police brutality in graphic detail in her video.

A radio jockey who's social media post with graphic details of police torture on the recent Tuticorin custodial deaths in Tamil Nadu triggered national outrage has deleted her post after it reached lakhs of people. She said she was asked to do so by the state police which probed the case till it was taken over by the Central Bureau of Investigation (CBI).

RJ Suchitra, who goes by one name, tweeted, "The CB-CID (Crime Branch-Criminal Investigation Department) called. And threatened arrest for spreading fake news with intent to cause anarchy. Deleted the video under the advise of my lawyer who said they are definitely capable of doing it. Please watch this case people - there's a lot of foul play being employed."

In another post she said, "Deleting the video is not important. This is what worries me - they told me the post mortem report says none of what I've said in the video, happened. A true post mortem is CRUCIAL. Media, pls dont rest until u get a copy".

Many celebrities including actor Priyanka Chopra had voiced their anger after listening to the radio host and playback singer narrate the alleged police brutality.

When asked what was her source for the original post that gave details of torture including injuries to the rectum and chest hair being pulled out, Suchitra told NDTV that she had found it out from the FIR filed by the family of the victims.

In a statement shared on social media, the CB-CID said, "In this video, she falsely exaggerated and sensationalised the chain of events and her allegations seems to be as figment of imagination and is not backed up by any proof." It added " The video is promoting hatred against the police. Ms Suchitra has taken down these falsified contents on it being flagged to her."

CB-CID officials did not respond to calls. Confirming the statement, Jayakumar, the District SP told NDTV, "Nothing of what she alleges appear in the post mortem report."

Henry Tiphagne, Executive Director of People's Watch, a human rights group called the move "unacceptable". He said, "This is intimidation of a journalist who reports on the basis of information she gets. How can the police ask her to delete? If it's false it's their job to disprove."

Father and son duo J Jayaraj, 59, and Beniks Immanuel, 31, were arrested on June 19 for allegedly violating lockdown rules by keeping their shops open beyond 8 pm. The family alleges they were tortured at the police station the whole night. While at the Kovilpatti Sub Jail, Beniks complained of chest pain on the June 22 and died at a hospital the same night. His father who had severe fever, died the next day at the same hospital. With mounting national outrage over the incident, the case was transferred to the CBI.