The accident took place in a plant of Tamil Nadu-based Neyveli Lignite Corporation Limited or NLC. 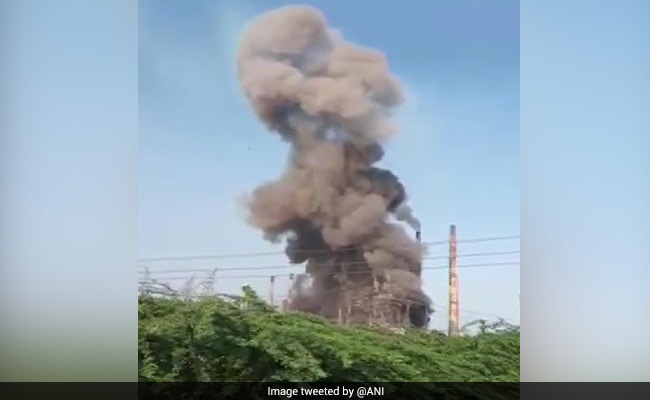 Tamil Nadu: Those seriously injured are being given the best possible medical care, the company said.

Eight workers suffered burn injuries in a boiler blast this evening at the central government-owned Neyveli Lignite Corporation's plant in the Cuddalore district of Tamil Nadu.

"We are giving the best possible treatment to the workers. The fire is still on but under control. We have stopped work at three boilers. We would resume once it's fixed. We've ordered a probe," said Rakesh Kumar, Chairman and Managing Director, NLC.

The workers include both regular and contractual employees. After first aid, all the injured have been admitted to the Cauvery Hospital in Trichy.

"The blast took place around 5 pm at the sixth unit of the second plant. We understand three of them are critical," a police officer told NDTV.

There is speculation that the power production was increased on Thursday. The company authorities, however, say all the safety protocols were adhered to.

"There was no sudden increase. We schedule 24 hours in advance," Mr Kumar said.

"All safety audits have been done and complied with," R Vikraman, Director, Human Resource said.

The company generates 3,940-megawatt electricity. The plant where the blast took place accounts for 1,470 megawatts.