RK Nagar, the constituency in Tamil Nadu's Chennai that has been vacant since the death of former Chief Minister J Jayalalithaa a year ago, will vote on December 21 for a new representative. 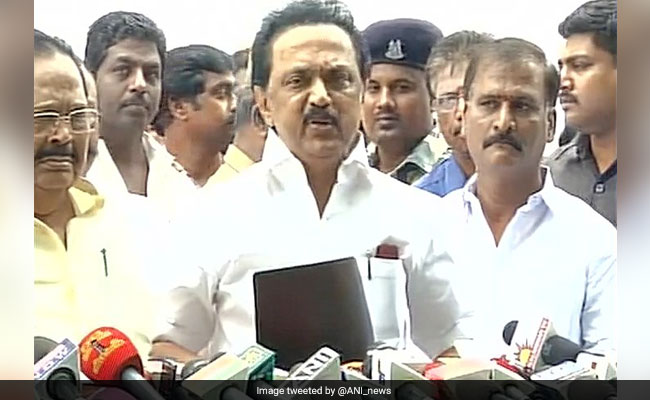 DMK's MK Stalin said the party will seek the support of other parties for its RK Nagar candidate.

Though the by-election was scheduled for April 12, 2017, it was countermanded following reports of attempted voter bribing by a candidate.

Mr Stalin also said the DMK would also seek the support of other parties for its candidate.
Comments
Marudhu GaneshRK Nagar By PollsRK Nagar