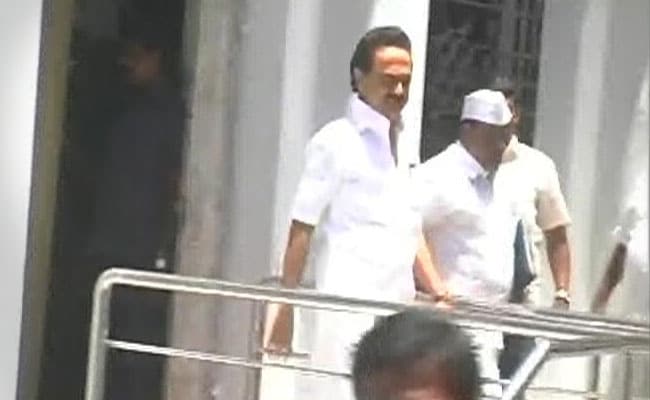 The DMK and its allies the Congress and a lone IUML member on Wednesday boycotted the customary address of Tamil Nadu Governor Banwarilal Purohit on the opening day of the first Assembly session of the year by staging a walkout.

As the governor began his address saying 'Vanakkam' and gave a message to the members of the House stressing on 'simple living,' Stalin stood up trying to say something.

Though the Governor urged DMK's Stalin to resume his seat, saying "with folded hands I request you," the Leader of Opposition continued to speak on issues like the circumstances surrounding the death of late chief minister J Jayalalithaa which could not be heard properly.

The governor after telling Stalin that he and the other members could discuss issues later, continued with his address to the House.

A smiling Stalin led the walkout of his party members and those from the Congress and the IUML.