Mr Muralidaran's clarification comes as several Tamil groups and politicians in Tamil Nadu have urged actor Vijay Sethupathy - who is to play the role of the legendary off-spinner - to dump the film. 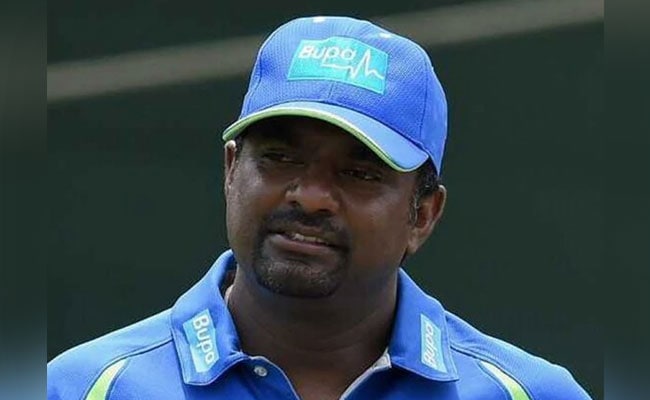 Former Sri Lanka cricketer Muthiah Muralidaran -- who is at the centre of a massive controversy involving his upcoming biopic "800" -- has rubbished allegations that he celebrated the deaths of innocent Tamil people and made a controversial remark about it in 2009, when the decades-long civil war in the island nation ended.

Mr Muralidaran's clarification comes as several Tamil groups and politicians in Tamil Nadu have urged actor Vijay Sethupathy - who is to play the role of the legendary off-spinner - to dump the film.

Explaining why he agreed to the film, the former cricketer said the biopic will bring recognition to his parents and the others who groomed him.

"I know the pain of the war. I grew up in Sri Lanka amid war for over 30 years. My father was hacked when I was seven. Many times, we were on the streets," he added.

There have been allegations for decades that the Tamils in the island nation are discriminated against. The LTTE, an armed Lankan Tamil group that waged an armed struggle for several years, was crushed by the Lankan forces in 2009. Massive human rights violations and deaths of more than a lakh Tamil civilians in bombings had been reported during the final phase of the war against the LTTE.

"Muthiah played fiddle when Lankan Tamils were dying. What's the use of achieving as a sportsperson when he laughs when his own people die? As far as we are concerned, Muthiah has betrayed trust," Veteran Director Bharathiraja said.

The producers of the film, Dar Motion Pictures, however, say the film is "purely a sports biography" and it will not showcase any scenes that belittle the struggles Tamils in Sri Lanka.

So far, no actor or film personality has commented in support of the actor's right to act in any film of his choice. Vijay Sethupathy himself is yet to respond.

In 2017, actor-politician Rajinikanth had cancelled his Sri Lanka programme, arranged by the producers of his film 2.0, to distribute houses to the displaced Tamils. A few political parties had cautioned the actor that Sri Lanka could use his visit to falsely project to the international community that the Tamils had been rehabilitated.