DMK President MK Stalin underwent a minor surgical procedure for the removal of a cyst from his right thigh. 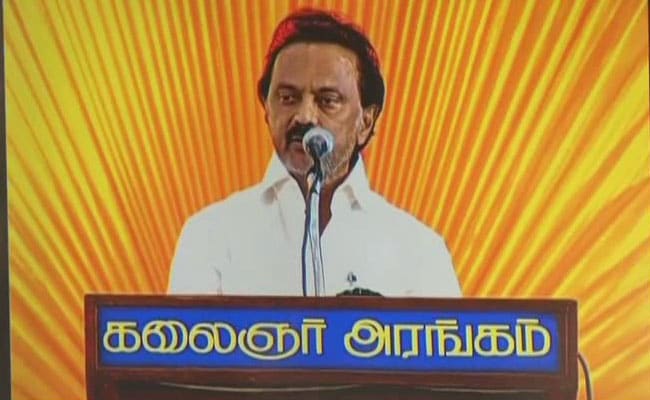 Dravida Munnetra Kazhagam (DMK) President MK Stalin, who underwent a minor surgical procedure in Chennai on Thursday morning, has been discharged from the hospital.

"DMK president MK Stalin has been discharged from Chennai's Apollo Hospital. He was admitted to the hospital late last night. He underwent a minor surgical procedure for the removal of a cyst from his right thigh."

The 65-year-old was rushed to the hospital after he complained of discomfort at his Alwarpet house late on Wednesday.

Mr Stalin took charge as the president of the DMK on August 28, succeeding his father, DMK supremo Karunanidhi, who passed away on August 7.