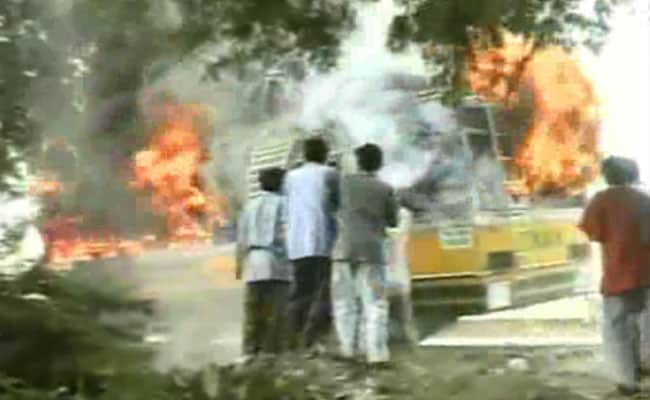 There were 44 girls and two lecturers on the bus set on fire by AIADMK men.

Over 18 years ago, three Tamil Nadu woman students were burnt alive in Dharmpuri by AIADMK men protesting the conviction of former Chief Minister J Jayalalithaa in a corruption case. Three of the protesters, who were found guilty of setting their bus on fire and sentenced to life, have been set free from the Vellore Central Prison following an approval from Governor Banwarilal Purohit.

The convicts were initially sentenced to death, but the punishment was commuted to life in prison by the Supreme Court two years ago. The top court had said that the incident wasn't pre-planned and that a mob set fire to the bus.

In February 2000, the students of the the Tamil Nadu Agricultural University, Coimbatore, were returning from a tour on two buses when they learnt about Ms Jayalalithaa's conviction. They were told by the vice-chancellor of the university to go to a safe place. They decided to head to the District Collector's office when they were stopped in Dharmapuri by AIADMK men who threw petrol bombs at their bus.

There were 44 girls and two lecturers on that bus. While most of them managed to get out of it, three girls -- Hemalatha, V Gayathri and Kokilavani -- were burnt to death and at least 16 others were injured.

The Tamil Nadu government had recommended the premature release of about 1,800 life convicts, including the three convicts in the case -- Nedunchezhiyan, Maadhu, Muniyapan -- on the occasion of the birth centenary of former Chief Minister MG Ramachandran.

The governor, however, is yet to take a call on a similar recommendation by the state cabinet to release seven convicts in the Rajiv Gandhi assassination case.